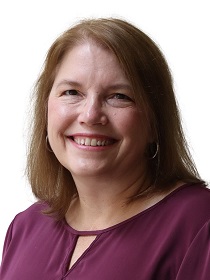 Ciccone joins the firm as its chief people officer, a role that oversees human resources, talent acquisition and retention, as well as "the people initiatives in McKim & Creed’s 2025 Strategic Plan," stated the release.

She has nearly 20 years of experience in the human resources field. Ciccone most recently served as vice president of human resources for a large engineering and geomatics firm in Pittsburgh.

“Jennifer’s impressive credentials certainly qualify her for the position of chief people officer. But more importantly, her personality and attitude mesh well with McKim & Creed’s ‘people helping people’ culture. She will be a strong addition to our leadership team,” said John Lucey, CEO of McKim & Creed, in the release.

Ciccone earned a bachelor's degree from William and Mary and an MBA from the University of Pittsburgh. She has a professional coach certificate from Duquesne University, as well as other certifications in leadership development and talent management.

Tom Gale to serve as 2021 president of Cape Fear Realtors