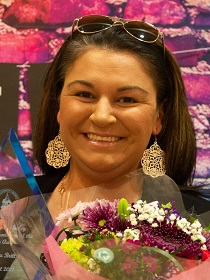 New Hanover County 911 Communications has honored Nina Britt with the Mary Antley Telecommunicator of the Year Award, according to a news release.

Britt has been with the department since 2015, officials said.

“It is the little things that define the difference between success and failure, and seconds in public safety can define outcomes,” New Hanover County 911 Director Hope Downs said in the release. “Nina has shown that she can remain steady, not allow emotions to overcome her responsibility, and save lives in her role as a telecommunicator. She was nominated by her colleagues for this award because of her work ethic and dedication to public safety, as well as her response, radio discipline and true care during a recent incident when a law enforcement officer was involved in a hit and run incident.”

As part of the Coastal Entrepreneur Awards program, area chambers of commerce also share their top business and organization picks....