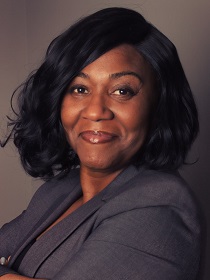 Soaring As Eagles has received the NC Child’s 2021 Community Voices Award, according to a news release.

Soaring As Eagles Outreach Ministry Inc. is a nonprofit organization focused on closing the achievement gap in high-poverty, Title 1 schools, stated the release.

"The Community Voices Award recognizes advocates in the community who have brought tremendous change for children and youth because of their voices and their efforts. Soaring As Eagles was selected by a panel of community volunteers from nominations submitted by the North Carolina Child Advocacy Network; Soaring As Eagles was nominated by Mebane Boyd, director of New Hanover County’s Resiliency Task Force," officials said in the release.

“(This) community-based organization … doesn't mind getting into the trenches. They aren't hesitant to go into gang and drug-infested neighborhoods in service to families and children who need their services. They do all they can to understand each of the children's unique needs, so they can meet the children where they are," Boyd said in the nomination.

The organization is located at The Harrelson Center, a nonprofit campus in downtown Wilmington.

“I am thrilled to have the work of Soaring As Eagles acknowledged by NC Child, especially in this year that COVID-19 has expanded the learning gap and shined a light on inequity in our schools," Kim Ceaser, founder and executive director of Soaring As Eagles, said in the release.

Vantaca was launched in 2017 and its platform is now used by 130 organizations, including management companies and HOAs representing 2 milli...

Wilson Center Springs Back To Life

More than a year after closing its doors to the public due to a worldwide pandemic, Cape Fear Community College’s Wilson Center welcomed gue...