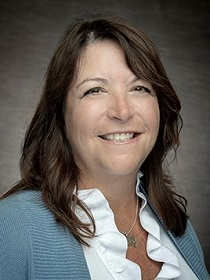 Gidget Kidd
The UNCW Board of Trustees has added new members and elected officers for the 2021-22 academic year, according to a news release.

The board has elected Gidget Kidd as chair, Henry “Hank” Miller as vice chair, and Carlton Fisher as secretary, officials with the University of North Carolina Wilmington said in the release.

“As an alumna and parent of a UNCW graduate, I am honored to serve as chair of the Board of Trustees,” Kidd said in the release. “UNCW combines many of the best academic programs anywhere with dedicated faculty and staff and a gorgeous, coastal campus. I look forward to collaborating with board colleagues and other UNCW leaders to help our resilient university continue enhancing the many ways it serves students and the community.”

Kidd, a member of the board since 2013, will also lead the executive committee and the endowment board, stated the release.

Trustees who are rotating off the board after serving from 2013-2021 are Dennis Burgard, Michael Drummond, Henry “Hal” Kitchin and Maurice Smith.

“These outstanding alumni, community and business leaders are joining a dedicated UNCW Board of Trustees,” Chancellor Jose Sartarelli said in the release. “I look forward to working with the board to advance the university’s stellar academic programs, research endeavors and community engagement efforts in the years ahead.”