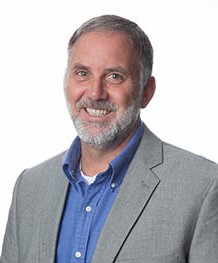 David Jones
McKim & Creed, one of the largest engineering and surveying firms in the U.S., recently announced that David Jones has been promoted to senior vice president of geomatics.

Jones, who has been with the firm since 1989, is based in McKim & Creed’s Wilmington office and will oversee geomatics and subsurface utility engineering (SUE) services in North Carolina, South Carolina, Virginia, Pennsylvania and Georgia, according to a news release.

In his 32 years with McKim & Creed, Jones has performed and managed numerous survey projects ranging from 1-acre sites to thousands of acres all along the eastern seaboard from Vermont to Florida and in the Caribbean.

In 2012, he became the firm’s regional manager of geomatics for eastern North Carolina and began managing the hydrographic survey division. Both groups have grown steadily and profitably under his leadership, the release stated.

Additionally, Jones has extensive hands-on field and CAD experience and is licensed as a Professional Land Surveyor in North Carolina, North Dakota, Alabama and Kentucky. He also is a FEMA/ACSM Certified Flood Plain Surveyor and USCG OUPV Captain.

“David is a great ambassador of our employee ownership culture, has embraced every opportunity offered him to achieve growth and profitability in his business lines and this promotion is well-deserved,” said John Lucey, McKim & Creed CEO.