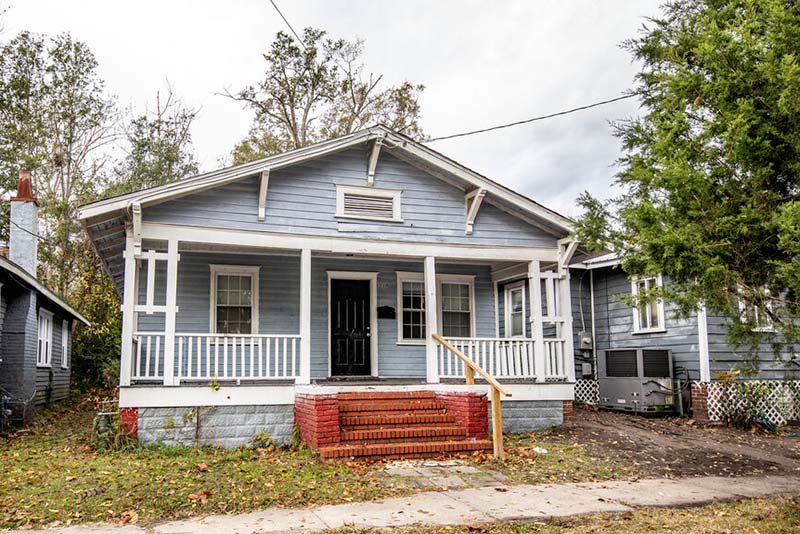 After one year in operation, Collective Ventures exceeded its initial investment goal. It also anticipates nearly doubling its investment management capacity by the end of its second year in December, according to Cape Fear Collective's interim CEO.

A for-profit arm of the nonprofit Cape Fear Collective, the social impact investment initiative currently has $16.1 million under investment, according to interim CEO Meaghan Dennison. These investments are mostly backed by local banking institutions that are choosing to support the new program while also meeting federal banking requirements.

“Our goal is to preserve affordable housing and explore other models where our investment model can prove beneficial with the right partners like gap financing for other projects in and outside the Cape Fear Region,” Dennison said.

The effort was officially formed in January 2021 with the goal of attracting $10 million in investment. In January, the initiative exceeded that goal with its $10.6 million purchase of a 71-unit investment portfolio.

The investment was First Citizens Bank’s first contribution to Cape Fear Collective and represents the bank’s “largest single direct investment in affordable housing of this type” in the Wilmington area, according to spokesman Frank Smith. “We’re glad to be a part of it,” he said.

It was also First National Bank’s first infusion into the program. Live Oak Bank has contributed the most to Collective Ventures to date, at $7.35 million, according to a bank representative.

Its first took place on Dec. 31, 2020, when the nonprofit secured a portfolio of 20 units, mostly located in New Hanover County with three in Pender County. This $1.8-million acquisition was funded by a $2.5 million investment from Live Oak Bank.

A second bulk buy took place in June, when Cape Fear Collective bought the then-ill-fated Driftwood apartment complex off Princess Place Drive for $1.2 million. This purchase was also backed by Live Oak Bank. In an effort to sell the 15-unit complex, the previous owner of the low-income apartments had displaced most renters. O’Malley said last month the nonprofit is working with the city to navigate federal grant funding and anticipating renovations at Driftwood before the original renters are invited back, should they choose to return.

“Fortunately for us, we've had really great partnerships when it comes to funding and investments,” O’Malley said last month.

The banks provide the investments through their Community Reinvestment Act funds, according to O’Malley, which is a federal requirement that obligates banking institutions to help meet the credit needs of low- and moderate-income segments of their communities. “So by them making equity investments, that counts toward those CRA requirements each year,” she said.

In January, Live Oak Bank president Huntley Garriott was among a coalition of business leaders who called on elected officials to take decisive and monumental action to address the region’s housing affordability crisis.

“Live Oak is proud to be a part of this impact investing model supporting our vital local workforce and helping to advance the socio-economic status of all the residents in the place we call home,” Garriott said in a Monday press release. “Affordable Housing remains a critical issue in our community, and it's exciting to see the private sector rally in support of innovative projects that impact the greater public good.”

After abandoning plans for a $50-million housing bond, New Hanover County commissioners instead committed to a $15-million alternative at a joint city meeting last month. Both plans would roll out over a five-year period; housing advocates expressed disappointment that the county’s choice falls $35 million short of the previously discussed investment. In the discussions, officials said they hoped the private sector would pitch in to make up for the difference.

According to Dennison, Collective Ventues anticipates managing between $25 and $30 million in investment by the end of the year. The bulk of funds has gone toward the acquisitions and some have been attributed to renovations and administrative efforts. “With investments this size, Cape Fear Collective takes a small percentage as a management fee,” she said.

Last week, Cape Fear Collective announced it added two employees to its housing team. These case managers will help renters navigate their options under the new ownership model, which includes a path to homeownership or continued leasing.

Launched in late 2019, Cape Fear Collective’s foundation is based in data-driven research aimed to support the region’s network of nonprofits. Collective Venture’s platform is supported by the nonprofit’s “cutting-edge focus on data science and project management which allows the fund to track progress, opportunity and priority shifts in real time to ensure the greatest social return on investment for partners and investors,” according to a March 15 release. ​

Stay tuned for more info on affordable housing and Collective Ventures in the March issue of the WilmingtonBiz Magazine.