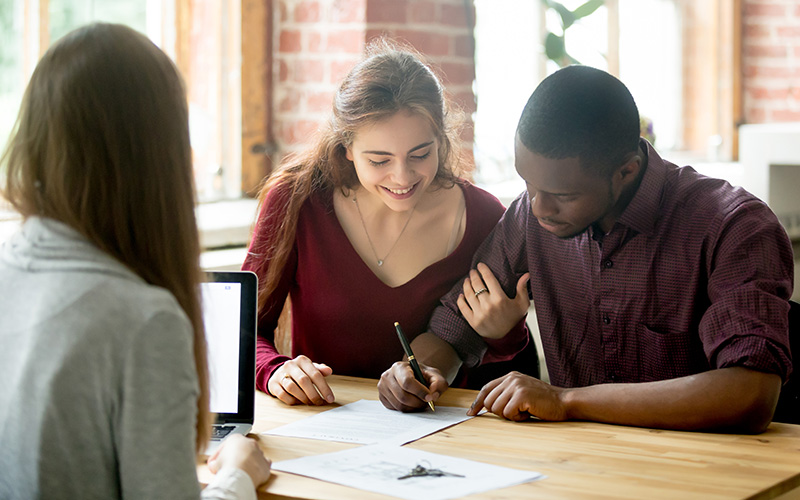 “ARMs are becoming a little more popular now. It really depends mainly on the individual’s situation and comfort level,” said Bill Scott, a Wilmington-based mortgage specialist with Corning Credit Union. “If you have someone who works for Corning or PPD and they are maybe transferring into the area from somewhere else and buying a home, probably in three to five years the company is going to move them again somewhere else. We see them go with an adjustable-rate mortgage; it’s a pretty simple and straightforward process.”

Adjustable-rate mortgages are making a comeback, but whether they make sense for a borrower depends on how much risk the borrower is prepared to handle.

That’s according to Mike Winters, a money reporter at CNBC Make It. In a July 7 column, he pointed out that, as its name suggests, an ARM’s interest rate can change at various points over the course of the loan.

“ARMs offer introductory rates that are often cheaper than fixed-rate loans, currently about a 0.5% to 1.5% difference,” he wrote. “These introductory rates are locked in for the first few years of the mortgage, usually five, seven or 10 years.”

In late July fixed-rate mortgage interest rates had fallen slightly to an average of 5.71% for a 30-year loan. One year ago, the average rate for a 30-year fixed mortgage was about 3.26%, according to Money magazine. With this year-over-year increase, “new homebuyers are increasingly turning to ARMs as a way to keep monthly costs down,” Winters wrote.

By contrast, the average in late July for an introductory 5/1 ARM rate in the Wilmington market was about 4.32% (the “5/1” designation means that the quoted rate is good for the first five years of the loan, and after that, the rate can adjust every year).

The other factor playing into the rising popularity of ARMs is escalating home prices. Opting for an ARM rather than a fixed-rate mortgage can shave off a few dollars from a borrower’s monthly mortgage payment. This may be especially important for first-time homebuyers who do not have significant equity from a previous home to invest in another home purchase.

“As affordability wanes, potential homebuyers are looking to adjustable-rate mortgages for the lower rate benefit,” said Mark Fleming, chief economist with First American Financial Corp. in a July 22 news release. “Given the lower mortgage rate that is typically offered on an ARM today, compared with the 30-year, fixed-rate mortgage, ARMs offer prospective first-time home buyers an option to recapture some house-buying power in a rising rate environment.”

The risk of an adjustable-rate mortgage is obvious: After that first five- or seven-year guaranteed rate, interest could rise significantly if market rates have risen. And those adjustments can happen as often as every six months, depending on the structure of the ARM.

“The onus is on the borrower,” Corning Credit Union’s Scott said. “People who are financially able to do an ARM product should note that their ARM is good until such-and-such a date. They are going to call somebody in January of that year and start the ball rolling [to refinance the loan]. Whenever I talk to somebody [about mortgage options] I want them to know it’s whatever they feel comfortable with and works with them in their situation. A higher fixed rate is security, knowing the rate is never going to change.”

“The way we do mortgages, it’s ARMs by default,” said Rizzo, explaining that First Carolina, unlike many mortgage lenders, does not package and sell the loans it originates on the secondary market. “We underwrite a mortgage loan the same way we do a commercial loan. We’ve done a bunch of them and have had success with our ARMs – we can do them so efficiently and easily. Give us a couple pieces of information and we can do start-to-finish in three to four weeks.”

“It was so easy to get a loan and people got overextended,” he said. “Some mortgage companies were not being good stewards. Now there’s a lot more analysis and underwriting.”

Most mortgage originators’ intent is to make the loan and then sell it, Rizzo continued. The application process can be exacting to make the resulting loan appealing to a secondary buyer.

“Applicants have to check boxes; the more boxes checked, the easier it is [for the originator] to sell that loan,” he said. “We can do things a bit differently, since we are underwriting for ourselves.”

The reason ARMs work for many people is that many borrowers today don’t plan on being in their homes for 30 years and paying off their traditional fixed-rate loan, Cameron said.

Fixed 30-year mortgage rates have increased by 74% since the beginning of 2022, said John Zachary, a wealth adviser with Pathfinder Wealth Consulting. The average 5/1 ARM rate is lower, although the exact rates can change from day to day.

“There are many questions that come to mind when determining if an ARM is suitable,” Zachary continued. “What are the terms of the ARM? When can the rate increase, by how much, and for how long? How long will you be in the home? How long do you plan to keep the mortgage? In a case where someone plans to keep the mortgage for 30 years, it’s a gamble taking an ARM.

“Being a numbers person myself, it’s difficult to justify an ARM because there are too many unknowns. In a best-case scenario, mortgage rates would need to be lower after the initial term for it to work in your benefit. And who knows where interest rates will be in five years? Sure, it’s been over a decade since we last saw the 30-year mortgage rate at 6%, but most won’t remember that, during the ’80 and ’90s, the rate stayed above 6% for two entire decades.”

Zachary said the spread between rates of the 30-year fixed and ARM makes a difference.

“If it were me, I would rather lock into a 30-year at 5.72% than go with a 5.44% adjustable rate that could go higher after five years. After all, if rates go back down, you can always refinance to a new loan and get a lower rate. But if rates go higher, you’re locked in with a fixed 30-year mortgage and could end up a lot worse off with an ARM. Except for rare cases, my general opinion is that the risks of ARMs outweigh the potential benefits.”