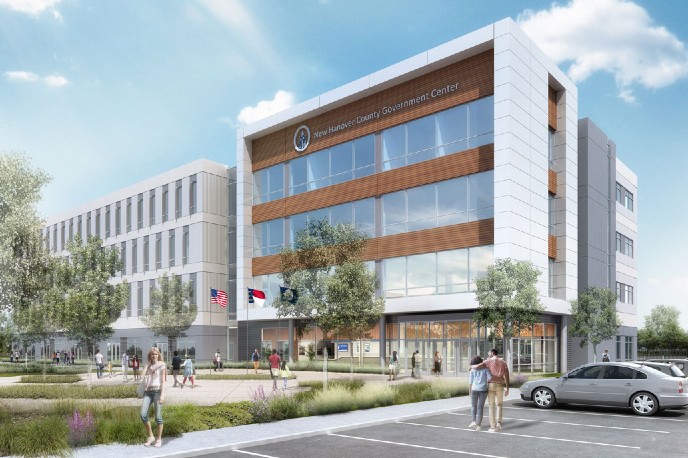 The board also approved a $53.5 million capital project ordinance to finance the county's portion of the development.

The votes are scheduled to be ratified at 11 a.m. Thursday.

The project is expected to hold a new facility for county offices, including an expanded Emergency Operations and 911 Center, and commercial and residential space, with at least 5% of the residential units being dedicated to workforce housing.

The revised agreement changes the deal from a lease to a 20-year public debt for the county because interest rates for county borrowings are lower, producing a cost savings that changes the estimate for the new government center construction from $49 million to about $46 million.

The county will retain ownership of the land where the new government center is built and then sell the other half, 7.5 acres of 15, to the developer, Cape Fear FD Stonewater LLC, for the construction of a mixed-use residential and commercial development.

The private portion of the development has an estimated project value of $70 million.

Cape Fear FD Stonewater will manage the construction of the public and private facilities.

Brian Eckel, managing partner of Cape Fear FD Stonewater, said the project, which replaces what was once a mall that dated back to 1989, "has the potential to benefit our community for decades to come.”

$107M downtown project to be subject of public hearing in March

Major downtown redevelopment project back on the radar

Commissioners to consider rezonings for more than 500 acres