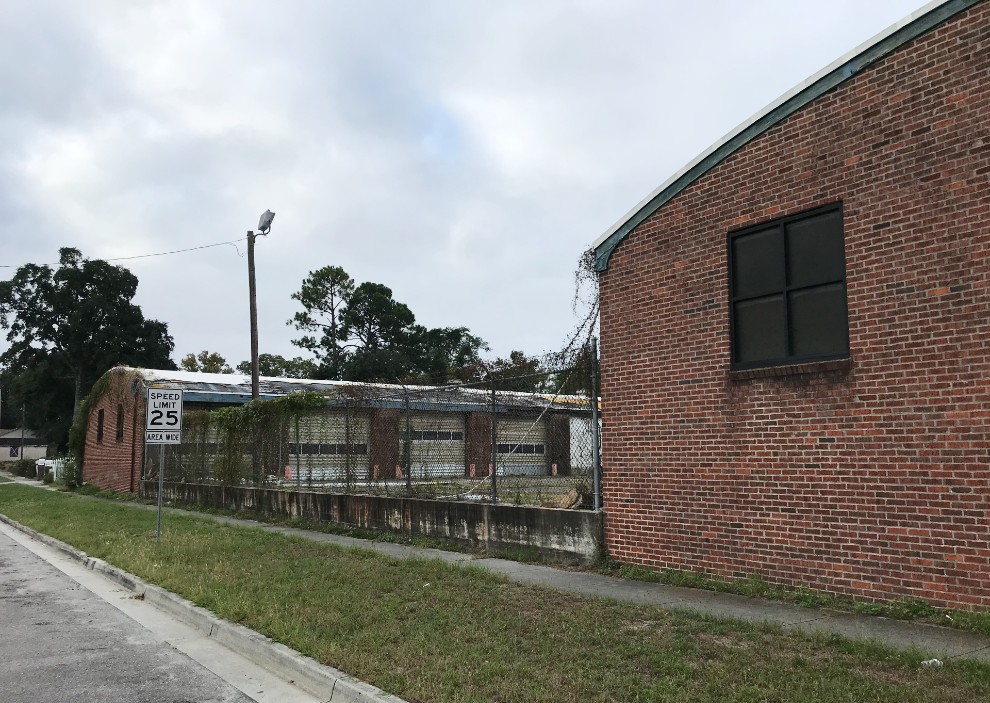 On the city-owned property at 1110 Castle St., two large bow-roof structures, built in 1948, are in need of renovation. (File photo)
A local development team hoping to transform a defunct property on Castle Street into a mixed-use project has dropped its plans, but officials at another Wilmington company hope to fill the void.

Clark Hipp, a Wilmington-based architect, and his partners “couldn’t meet the city’s requirements” to make their proposal feasible for the former WAVE Transit facility at 1110 Castle St., Hipp said this week.

The city of Wilmington-owned property was the subject of a request for proposals (RFP) issued by the city in 2019, and Hipp Architecture & Development's proposal was the only response.

But a Wilmington firm that had joined Hipp’s group later in the process, business development company Genesis Block, plans to continue its own separate efforts to redevelop the block, aiming to respond to a new RFP if one is issued.

The Wilmington City Council at its meeting next week is expected to consider a resolution to withdraw the previous RFP and direct the city’s staff to develop a new one for 1110 Castle St.

In October, the council voted to continue the Castle Street resolution to its second meeting in January this year after members cited concerns about the Hipp proposal and to give Hipp’s group more time to try to reach an agreement on an affordable housing component.

Genesis Block, however, is working on a proposal for GIN at Castle, with “GIN” standing for "Genesis Innovation Neighborhood."

According to Tuesday's city council agenda, a new RFP for the property would be "reflective of the current needs of the community, to include a focus on affordable housing and economic development" and would be brought back to the council for consideration before being issued.

New Hanover, Brunswick back to Tier 3