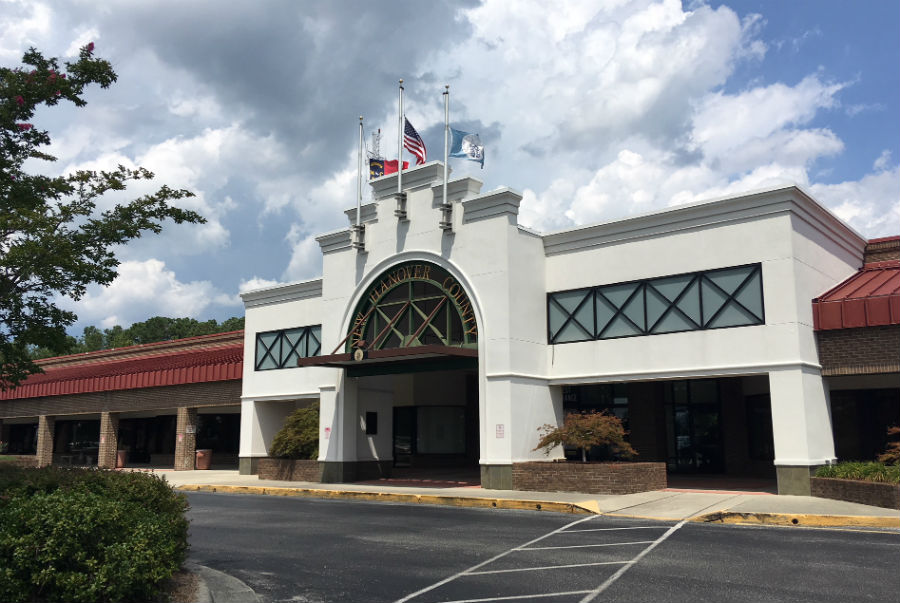 Years of meetings to study affordable housing culminated in a commitment from New Hanover County to $15 million Thursday, $35 million shy of the goal advocates had hoped for.

In a joint meeting with Wilmington City Council, county commissioners unanimously passed a motion to direct staff to develop a framework to use at least $15 million over a five-year period to create programs and initiatives to address affordable housing.

The new initiative includes the creation of four new dedicated county positions that would ideally start this summer, following the passage of the next fiscal budget, according to a county spokesperson.

Last year, the joint bodies had studied and seemed to have consensus for supporting a county $50 million housing bond that would have appeared on ballots in the November election. As planned, the bond would have supported the creation of 1,333 affordable units and allowed for the preservation of 302 more, with funds designed to be funneled to existing state and city programs or directly to developers or nonprofits on a case-by-case basis over a five-year period.

After the discussion, Katrina Knight, chair of the Cape Fear Housing Coalition and a member of the joint city-county Workforce Housing Advisory Committee (WHAC), said the county’s move “falls far short of the transformational investment that our deep-seated affordable housing shortage demands."

"Many stakeholders are justifiably disappointed at what feels like a missed opportunity to capitalize on the increasingly community-wide understanding of our affordable housing crisis and the economic challenges it presents,” she said. “If we aren't going to pursue a County housing bond, around which there seemed to be consensus for several months, we owe the community an equal or even greater commitment to solve a problem that grows deeper every month we delay.”

In a survey of nearly 1,500 respondents commissioned by the city and county released last year, most (87%) agreed “safe, decent, and affordable housing should be a top priority for city and county governments.”

Support for raising property taxes to finance affordable housing was more reserved, with 48% of respondents indicating some level of willingness.

Confidential Wilmington Chamber of Commerce public opinion polling shared with elected officials late last year dampened momentum on the bond, with officials’ enthusiasm waning because of unfavorable results, according to reporting from WHQR.

In the wake of the polling, a majority of the WHAC still agreed on Dec. 8 to support the bond, approving it as a formal recommendation. Multiple members questioned the validity, relevancy and transparency of the chamber’s polling, according to the meeting minutes.

The following week, a subcommittee of city and county officials voted 3-2 to support putting the bond and a quarter-cent sales tax for transportation funding on the ballot in November. The upcoming election is not municipal, so while the city’s input has been considered, ultimately, the decision to put either issue on the ballot rests with commissioners.

Neither the subcommittee’s nor WHAC’s recommendations were mentioned Thursday.

A group of business leaders urged public officials in a Jan. 20 op-ed to commit serious capital to address the issue, arguing more piloting would just further “exacerbate an already dire situation.” The following week, Zapple wrote in an op-ed of his own that he’d like the county to collect more data and highlighted the significant strides the county had already taken to address the problem, amounting to $35 million over the past two-and-a-half years.

Leading up to Thursday’s meeting, a majority of commissioners indicated they weren’t comfortable raising taxes to pass the bond.

“I’m not sure the community really understands the millions the county has already invested in affordable housing initiatives,” Julia Olson-Boseman, chair of the New Hanover County Board of Commissioners, wrote in an email to the Greater Wilmington Business Journal earlier this week. “I ultimately believe that we can find ways to work together to help fund needed initiatives without asking our property owners to shoulder that burden.”

Olson-Boseman cited the county’s funding support for nonprofit programs, 2020 donation of over 14 acres for workforce housing, infrastructure and rental and mortgage assistance programs.

The county will finance the new roughly $3 million annual allotment through the general fund, according to manager Chris Coudriet. Interest and principal generated from the county’s payments from the hospital sale could be used, he said.

“I think this plan is great because it's doable right now,” Commissioner Deb Hays said.

Councilman Luke Waddell commended the county for coming up with a plan without raising taxes.

The overall $52 million investment has assisted 713 families in becoming homeowners, which are among the 1,241 affordable housing opportunities the city has created, according to a city memo on the item.

Addressing commissioners, Saffo said the city would prefer to see a larger investment, but called the county’s commitment “a start.” “I applaud you folks. This is the first time I’ve ever seen y’all at the table to make this kind of a commitment.”

Councilman Charlie Rivenbark said he was disappointed after spending years of work on the issue. Olson-Boseman suggested the New Hanover Community Endowment, created by the 2021 sale of the county-owned hospital, could potentially help pitch in.

“We can’t build policy on hope,” Rivenbark said. Zapple disagreed. “It is not hope; it is real. It is money that is here now."

Chair of the endowment, Spence Broadhurst, said the topic was a focus of the nonprofit’s recent listening sessions. “We are fully committed to being a part of a strategic solution,” he wrote in an email to the Business Journal Thursday.

Grantmaking is projected to begin later this year, with a limited and still undetermined budget, he said.

Development in the works: self-storage, homes and more