After County Plea, Treasurer ‘neutral’ On Whether Project Grace Gets Vote Next Meeting 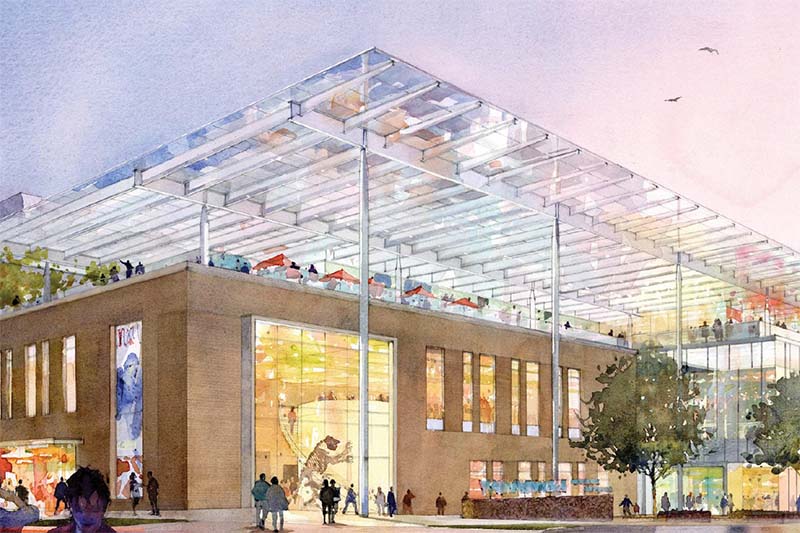 On Friday, the full board of commissioners signed an opinion piece calling on State Treasurer Dale Folwell to put the item up for a vote at the LGC’s next meeting. “Our community, our staff, and our partners have earned and deserve the opportunity to proceed and bring this visionary and transformational project to fruition,” the piece concludes.

Just days earlier, the LGC welcomed county officials to present the project to the board and grilled them on key aspects of the deal.

Though the board has lent its full political weight behind local issues in letters in the past, it hasn’t done so in the form of a public opinion piece in recent memory, a county spokesperson confirmed.

“I don't mind public-private partnerships, as long as they're to the benefit of the public,” Folwell told the Greater Wilmington Business Journal on Monday. With Project Grace, he said, “you’re looking at a situation where you only had one bidder. It's a very valuable piece of property [that] is not subject to upset bid – where condominiums around there are going for hundreds of thousands if not millions of dollars.”

At the Aug. 2 LGC meeting, Project Grace was reviewed as an information-only item; it was not up for a vote. After submitting its application to the LGC in late June, the county had initially anticipated having the project reviewed by the board in July.

“Because of the complexity of the transaction we wanted the commission to have the opportunity to understand it and ask questions before being asked to make decisions,” an LGC spokesperson said, explaining the staff’s decision to delay to the August meeting.

During the meeting, LGC officials questioned why the county was seeking a private financing arrangement for public resources, especially considering its ability to access low-interest debt on its own accord.

Project Grace calls for the demolition of the current downtown library, at 201 Chestnut St., to make way for a combined and reimagined museum-library public resource.

Under the proposed arrangement, New Hanover County will sell one-third of a block of downtown Wilmington to Zimmer, which plans to invest at least $30 million to construct a 150-unit hotel and a 100-unit residential project. Two-thirds of the block will consist of the redeveloped museum and library; Zimmer will own and lease the buildings back to the county over a 20-year period totaling $80 million in payments (the county’s do-it-alone version would cost $66 million over that time frame, according to its projection).

Zimmer is seeking an 8% return in its lease-to-own arrangement compared to the about 3.25% interest rate the county could obtain through traditional financing.

The day following the meeting, Aug. 3, Commissioner Deb Hays sent Folwell a letter, asking him to add it to the LGC’s consent agenda (consent agendas involve multiple items being approved at once without discussion). By Aug. 5, the full board was asking to get on the agenda for a vote via the opinion piece.

Folwell controls which items can appear on the LGC agenda, but he adds he listens to his board’s input.

This power was especially evident in the drawn-out process of the controversial and complicated sale of Bald Head Island ferry assets. Under that arrangement, officials representing the proposed state buyer complained they couldn’t get on the agenda for a vote, but Folwell and other state officials said the items weren’t ripe for review considering myriad snags in the deal.

Asked to reflect on the New Hanover County opinion piece, Folwell said, “A public relations approach is never going to substitute for sunshine, transparency, competency and the willingness to challenge assumptions.”

LGC staff are preparing to present the county with lingering concerns the board has in writing within the next week or so, Folwell said.

“We put things on the agenda when they’re cured. My only interest is getting to the right outcome on behalf of the taxpayers in a transparent way as soon as possible,” he said.

Folwell cited the county’s recent proposed private-public partnership with the redevelopment of its government center. In that deal, Folwell and the LGC’s intervention helped save taxpayers $20 million, he said, by asking the county to seek its own financing rather than pay Cape Fear FD Stonewater.

“People generally get partners when they need help,” he said. “We're talking about one of the strongest economies in the United States. They can borrow money at the lowest interest rates in the United States. And so, the first transaction on the government center, was and continues to be a mystery. Why do you need a partner when you have all those things going for you?”

Another sticking point Folwell cited is the county’s recently updated provision that it will pay Zimmer up to $2.5 million for its development plans if the LGC doesn’t approve the lease agreement. In the Aug. 2 meeting, Folwell described the clause as “putting a gun to my head,” because it was part of an already approved memorandum of understanding.

A Zimmer representative told Folwell there was no appetite to remove the provision because the company needed assurances it would be reimbursed for the costly work it has already put in. A county representative explained that the county was committed to the project and needed the plans in the event the lease isn't approved.

Folwell said Zimmer's response wasn’t quite the one he was hoping for. “To put it in a contract was in an effort to somehow bully or handcuff the Local Government Commission, just seemed completely unnecessary,” Folwell said Monday.

“We're not here to determine the age or the functionality of the main library in New Hanover County or the museum. Nor are we here to question the construction acumen of Zimmer Development Company. We're here to sharpen our pencils as we do for everyone to ensure that the structure of the deal is correct. And that the financing of the deal is correct,” he said. “That’s all we’re ever after.”