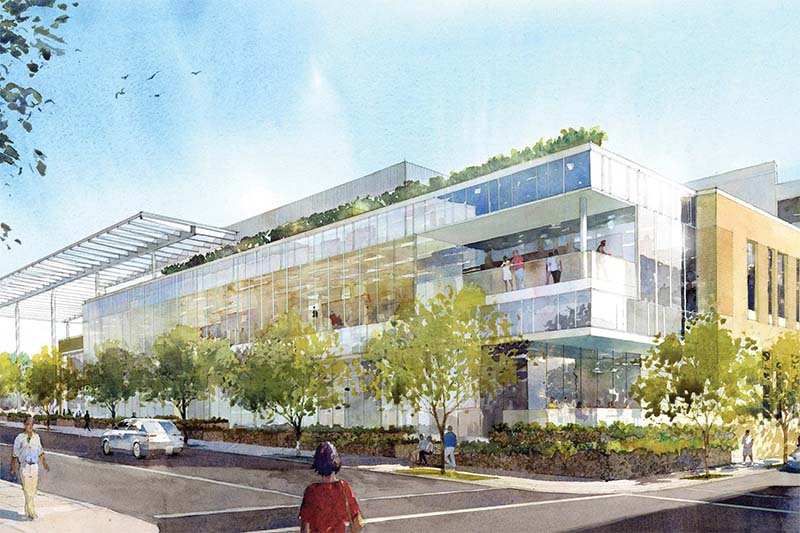 Last Thursday, Folwell wrote a letter to county officials formally seeking three amendments to the county's arrangement with Zimmer Development Co. The county responded the following day, and on Monday morning, the board of commissioners adopted two out of three of the treasurer’s requests.

The LGC, which Folwell chairs, has the power to authorize the county’s lease agreement with Zimmer.

Last month, the board of commissioners publicly urged the treasurer to place Project Grace on the LGC’s September agenda. The item appears on the LGC’s consent agenda for its Thursday meeting.

Reached Monday afternoon, Folwell said he anticipates the LGC will discuss Project Grace Thursday (typically, consent agenda items at the local government level are voted on in bulk and not discussed unless specifically pulled).

Asked if he was pleased the county made two of three concessions, Folwell said yes, but the unincorporated item “smells the worst.”

One concession involves the county removing a reference to its agreement to purchase design plans for up to $2.5 million from Zimmer contingent on LGC approval. Another ensures that any future change orders in the lease amount would have to go back to the LGC for approval.

The unincorporated element involves the sale of land to the developer.

In his Sept. 15 letter, Folwell had asked the county to reconsider its decision to sell 1.2 acres downtown (roughly one-third of the block it owns and is trying to redevelop) directly to Zimmer. Under the county’s arrangement with Zimmer, the company will obtain the land for $2.65 million (or the current fair market value) and the county will be able to impose certain restrictions to guide its future development it otherwise would not be able to.

Instead of engaging in the disposition of the land with the developer privately, Folwell asked that the property undergo a typical public bid and upset process and allow Zimmer to have the right to beat the bid. “The point here is for the market to determine the value of the property,” he wrote. “Utilizing a standard upset bid process would preclude us from placing the necessary restrictions on the sale,” she wrote. ​

In the county’s Friday response to Folwell, assistant county manager Lisa Wurtzbacher highlighted local governments’ inability to impose restrictions on the sale of public property and said utilizing its statutory exemption “is the most appropriate method” for this deal.

During the county meeting Monday morning, Wurtzbacher said design work on the project is ongoing. She also referenced rising interest rates. She said, “The longer that we wait, the more this project costs."