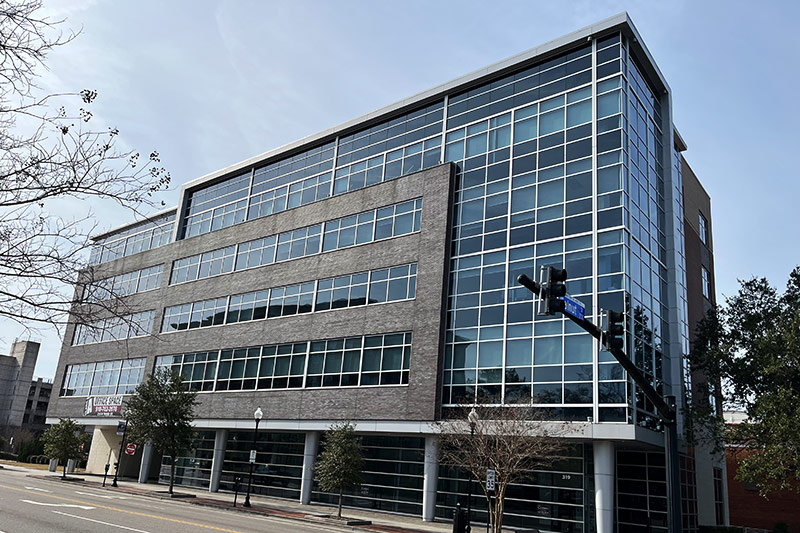 New Hanover County is slated to purchase the building at 319 N. Third St. for about $11.9 million.

The county will also spend $14.8 million to enhance the building and eventually gift the asset to Cape Fear Community College, which plans to use it to house a proposed expansion of its nursing and allied health programs.

Closing is set to take place on Feb. 3. It was originally scheduled for Jan. 17, but a legal issue that arose between the seller and a previous owner prompted the delay, according to county chief financial officer Eric Credle.

The previous owner of a portion of the property initiated litigation against the seller over a claim for parking spaces, Credle said. “Those two parties are working to resolve the matter prior to the closing,” he said. “We do not believe the legal issue will keep the sale from happening.”

County commissioners approved entering into the contract in October, taking over a pending deal for the same price between the then-buyer, Cisco Acquisitions LLC, and the seller, River Bend #1 LLC.

Brian Eckel, a co-founder of local real estate firm Cape Fear Commercial and a partner of Cisco Acquisitions, previously told the Business Journal he intentionally entered into the contract with the aim of transferring the pending sale to the county in order to lock in a fair price on the building. Since last year, Eckel has spearheaded an effort involving community leaders focusing on training the next generation of health care workers.

Olsen Enterprises has a rooftop satellite lease and there are also three month-to-month parking leasees: Cardinal Foods, SKA and the Wooten Co. The total contract rent value for all tenants was about $616,000.

The county and CFCC plan to allow the tenants to fulfill the remainder of their lease terms. As of the October appraisal report, the building was about half occupied with an average 1.4-year lease term remaining. Work on the building is expected to occur in phases as tenants vacate, according to Credle.

Renovations are set to take place through 2027. As far as exactly what work the project entails, Credle said, “CFCC is taking the lead in determining what needs to be done to renovate the building to suit their needs.”

Correction: This article has been updated to correct the address of the building.