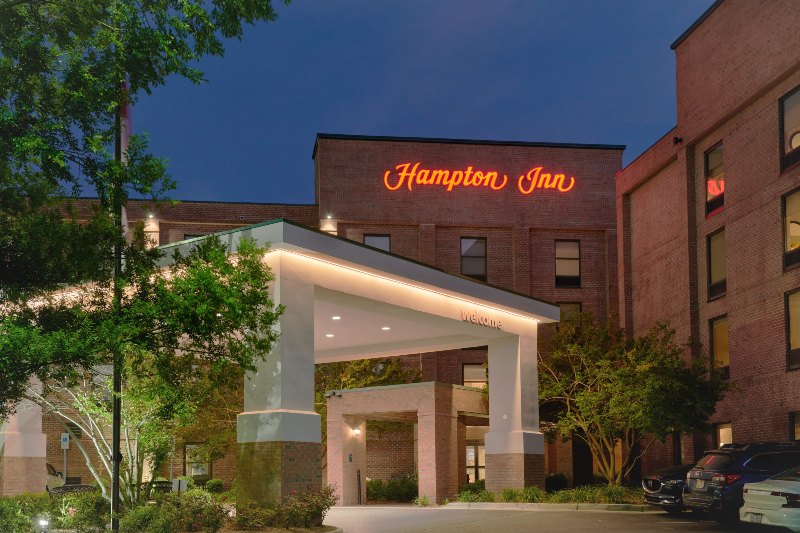 Crews gutted, then refurbished, all of the 120 rooms at the Hampton Inn Wilmington-Medical Park, 2320 S. 17th St. They also added a bar, renovated the hallways and bathrooms and expanded the fitness center, said general manager Ericka Hall.

A Hilton brand, the hotel was built in 2000, and it had been about 15 years since its rooms were redone.

“We have always focused on cleanliness here and the freshness of the rooms, and we had gotten to a point where we knew we needed to renovate, make sure our guests have a nice experience when they come,” Hall said.

The project, which took about a year and a half, was also a requirement.

“Our hotel is 20 years old, so a complete PIP [Product Improvement Plan] was needed and required to renew our franchise agreement which had been signed,” wrote Bill Rudisill, one of the owners of the hotel, in an email. “Our Hampton Inn Medical Park is now new and it is our hope and belief that with the ending of the pandemic, our hotel is well-positioned for a fantastic future.”

The project included the hotel’s meeting space, which can be split into two rooms. The space now has new carpet and wallpaper, and bar service is available to users.

Other changes stem from COVID-19. One of the biggest adjustments Hall and her staff had to make involved the free hot breakfast the hotel serves.

“That was definitely where we had to get the most creative to meet guest expectations,” Hall said, changing from a buffet where guests served themselves to hotel employees serving guests.

At the start of the pandemic, the hotel was allowed to remain open for essential workers, but “it was a historic low for us,” said Hall, who graduated with a hospitality degree from the University of North Carolina Wilmington.

Hall has worked at the hotel for almost nine years, working her way up from the front desk to general manager.

She said the outlook for the hotel seems brighter than it did at the start of the pandemic in March last year.

Hall said, “Our numbers have started to improve. It’s all over the place, but we’re starting to get our steady business back, and we’re staying pretty competitive to where we were last year.”