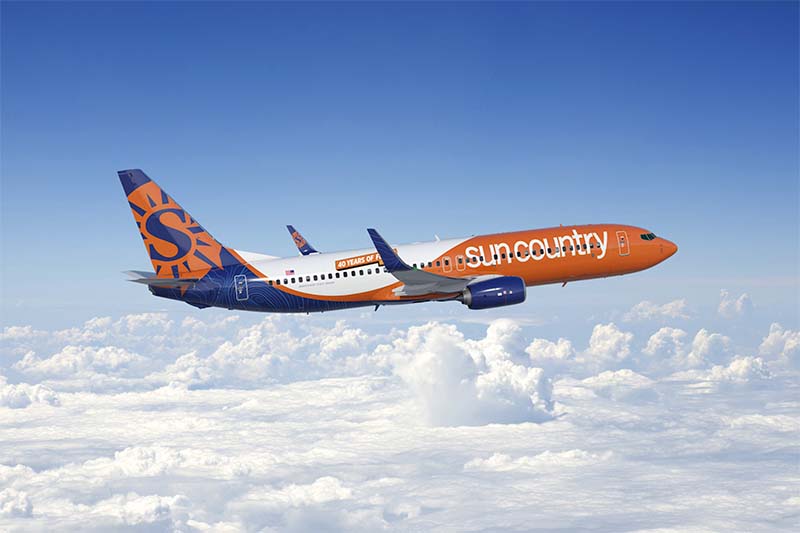 Sun Country Airlines’ announcement Tuesday was part of the carrier's 15-city expansion featuring new routes out of the Minneapolis−Saint Paul International Airport. The Minnesota-based low-cost carrier focuses on the leisure travel market and operates 120 routes out of 90 airports in the U.S., Mexico, the Caribbean, Central America and Canada.

The ILM-MSP route will begin June 1, 2023, and will run twice weekly through Labor Day weekend, according to a news release.

The first leisure-centric flights out of ILM kicked off this summer when Avelo launched its three initial routes to Orlando, Florida; New Haven, Connecticut; and a seasonal trip to Baltimore, Maryland. Avelo celebrated its inaugural seasonal flight out of ILM to Ft. Lauderdale, Florida on Friday, a replacement to the seasonal Baltimore flight that ran through Nov. 7.

Since the Avelo launch, travel at ILM has been strong, with the airport breaking records in September and August.

A traditionally business-leaning travel market, ILM had tried to recruit a low-cost carrier for years, officials shared when announcing the Avelo routes this spring. With Sun Country Airlines arriving next summer, ILM will have a new destination and option for leisure travelers.

“Our flight options for travelers continue to grow with the addition of our fifth airline, a new nonstop flight, and more low fares,” airport director Jeff Bourk said in a press release.

In its route expansion plans, Sun Country also announced a new route from MSP to Charlotte Douglas International Airport and other cities across the nation. The expanded schedule "demonstrates that domestic and leisure travel demand remain strong and promising in 2023 as the overall recovery in air travel continues,” Brian Ryks, CEO of the Metropolitan Airports Commission said in a Sun Country release.

A quick check of ticket prices Tuesday showed a roundtrip ticket from ILM to MSP costing $117.20 in June.

“On behalf of the Airport Authority, we extend our thanks to Sun Country and warmly welcome them to our market,” said Spruill Thompson, New Hanover County Airport Authority chairman, in the release. “We’re really excited we have a 5th airline serving ILM.”