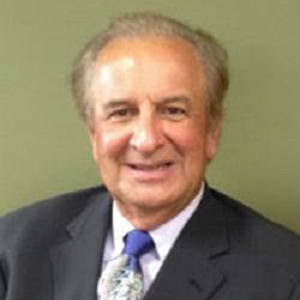 Industrial employment has surged over the past five years, with the sector adding 855,000 new jobs in the United States, a 7.5 percent expansion, according to Forbes.

But New Hanover County has struggled to benefit from that job growth, despite available and suitable building sites, a strong workforce and an exceptional quality of place.

According to site selectors, the introduction of a Special Use Permit (SUP) in 2011 by New Hanover County is the leading cause for Wilmington not being considered as a location for new manufacturing businesses. Even Jay Garner, who authored the Pathways to Prosperity economic development report commissioned by the county, has stated that it is a detriment.

The Industrial SUP requirement applies to development on land zoned for industrial use. Other cities and counties have a similar mechanism to maintain local control over how development proceeds in their community. While we agree that responsible economic development should be done in a way so as not to harm the environment, an SUP process should not hinder our chances of attracting manufacturing jobs.

The main issues with the New Hanover County Industrial SUP ordinance are its lack of a definitive timeline for the permitting process and specifics for what a business has to provide to receive a permit. When time is money, ambiguity for how long or how intensive a process will be is a non-starter. There is also no opportunity to discuss the matter with a potential business, because - in the internet age we live in - the rules for business recruitment have changed.  Site “deselection” occurs so early in the process that a community often doesn’t know it was in the running.

The Wilmington Chamber of Commerce met with stakeholders and led an effort to revise the Industrial SUP in 2014 to provide a definitive timeline and specifics for what must be provided. However, the county commissioners’ vote ended in a 2-2 deadlock, and no changes were made.

Since March, New Hanover County staff has been working on another revised version of the SUP. During that process, county staff created a new draft, then sought and incorporated input from the county’s new Unified Development Ordinance (UDO) consultant. The chamber recommends that upcoming deliberations on this issue focus on the county staff’s new proposal.

However, the North Carolina Coastal Federation is seeking to build support for what it has dubbed the “model” SUP.  In 2015, the Coastal Federation created a community task force and hired a consultant to develop its own SUP proposal. That version did not receive a majority of support from those members of the committee not employed by the federation.

Although it has not had success in building consensus for its own plan, the Coastal Federation has now launched an active campaign to promote its version, and has implied it was drafted with the consent of the business community. Despite those assertions, the Coastal Federation’s “model” SUP is not supported by the Wilmington Chamber of Commerce. If you are asked to support the federation’s effort, please understand that its proposal will not satisfactorily alleviate the defects within the current Industrial SUP process.

Manufacturing provides an important employment base, especially for those without a college degree, and salaries are typically much higher than service jobs. Without adequate jobs for all, unemployment and crime rates rise and more tax money must be spent on providing social services. The lack of manufacturing jobs in Wilmington is a growing problem. In one decade - from 2002 to 2012 - New Hanover County lost nearly 2,000 manufacturing jobs, which accounted for 26 percent of our manufacturing base.

On the 2014 Best Cities for Manufacturing Jobs List published by Forbes, Wilmington ranked 292 out of 357 cities. In the Small Cities category, Wilmington’s ranking was a paltry 157 out of 199. Several small North Carolina cities had higher rankings, including Greenville at 84, Rocky Mount at 128 and Hickory-Lenoir-Morganton at 135. Wilmington has slipped 12 spots on the Small Cities list since 2013 and 29 spots on the list of all cities.

As a community, we need to work to strengthen our manufacturing sector. We need to be proactive in making our community more business-friendly, not hope to prove the site selectors wrong. We feel confident they are not.