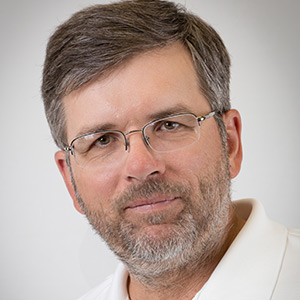 Bob King Automall is an automobile dealership and repair facility based in Wilmington, North Carolina. Bob King operates four separate locations in the Wilmington area. The company specializes in the sale and services of many vehicle makes, including Mercedes-Benz, GMC, Volkswagen, Buick, commercial trucks and pre-owned vehicles.

Bob King Automall was using an analog telephone system that still worked, but was beginning to experience serious problems. Larry Cox, Bob King’s sales and service manager and IT manager, was beginning to spend more and more time with Teleco of Wilmington, Bob King’s phone system provider, on service. “Joey and his crew are really good people," Cox said. "They did a great job with support, but we had a few tough problems. One night we stayed out here until four in the morning fixing the problem. We had no choice. Our phones are our lifeblood.”

The decision was made to switch to a new system.

Teleco of Wilmington has worked closely with Bob King Automall for more than 10 years and introduced the company to a Scalable Cloud Communications Solution from Star2Star Communications. Star2Star offered an advanced, unified communications (UC) system that provided voice over Internet protocol (VoIP) technology instead of traditional landlines. The flexibility, reliability and many capabilities of the Star2Star system greatly impressed Cox and the rest of Bob King’s team. The decision was made to switch to Star2Star.

Bob King Automall has been very pleased with everything that its Star2Star solution has been able to do. The flexibility of the system has made it much easier for the company to reorder its offices for maximum efficiency. “You can take the phones and plug them in anywhere, and they will still have the proper configuration,” Cox said. This same functionality has made it easier for Bob King’s dedicated workers to stay in touch.

“It’s nice to be able to take the phone home and answer calls out of the office. The phones can be configured to work wherever they need to work. Mr. King works from home on Saturdays, and I’m always on the clock when I’m not here.”

It isn’t just the highest-level managers who need the mobility that Star2Star provides. Bob King’s entire workforce must be in touch at all times, especially salespersons and repairpersons. “When we need somebody, we need them immediately,” Cox said. To immediately reach team members wherever they are, Cox has configured every employee’s Find Me/Follow Me to ring their cell phone and desk phone simultaneously. “We hit them both at the same time,” he said. “That’s really nice, and it works really well. It fits the environment here.” Star2Star’s mobile app, StarPhone for iPhone, has also proven useful. “We have licenses for that now. It’s handy when I’m not at the office,” Cox said.

The advanced presence management capabilities of the Star2Star system have revolutionized how the company handles calls. “StarScope 2 is critical. All the receptionists and cashiers, service and sales coordinators, anyone who answers the phones depends on it,” he said. “We use Call Park specifically a lot. We can keep track of everyone on the system, which was impossible to do before. It’s really become a necessity, and it works really well. If we didn’t have that anymore, the staff would go nuts.”

Joey Stone is currently the General Manager and Vice President of family owned and operated Teleco. Founded in 1983 as a full service telecommunications service provider, Teleco has partnered with Star2Star Communications to offer the latest in communications technology solutions and the latest Voice over IP technology. Joey and his team work with businesses of all sizes to customize systems for specific requirements from simple phone and voicemail systems to wireless networks and remote capabilities. To learn more about Teleco visit http://www.teleco-ilm.com. Joey is available for free demonstrations and consultations by calling (910) 791-7000.

Other Posts from Joey Stone

Not All VoIP Systems Are Alike

Take Control Of Your Phone System

The Last Phone System Your Business Will Ever Need To Purchase

Never Be Out Of Touch With Unified Communications

Are Your Communications Reliable, Or Just ‘Reliable Enough’?

How Communicating With Customers Can Improve Service

3 Questions To Ask About Your Phone System

How Small Business Can Compete At The Enterprise Level

Out Of The Office During The Holidays? Take Business Communications With You

Break Into the Health Care Sector With Unified Communications

Cut Costs And Increase Efficiency For Your Business In 2015

Upgrade Your Communications System in Q4 2014

Business Communications: Not a Day at the Beach

Change The Way You Think About Unified Communications

Perks Of Communicating In The Cloud

Business Never Takes a Vacation, Even When You Do

Planning To Open A New Satellite Office? Now Is The Perfect Time to Adopt UC

Signs It's Time to Move to VoIP

What To Consider When Choosing The Right Unified Communications Provider