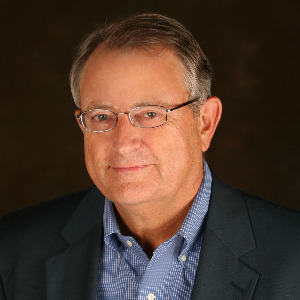 Take Care Of Your People

I am often asked what is the difference between military leadership and what goes on in the corporate world. There are a few things that come to mind that corporate America could learn from the military and vice versa. Perhaps one of the best examples occurred to me recently when I watched an edition of CBS 60 Minutes (November 10). Jamie Dimon of JP Morgan Chase was being interviewed and was asked about his salary of tens of millions of dollars and the compensation divide between him and those that work for the company, as well as the other 99 percent of America. He brushed it off very cavalierly as if to say to the interviewer and people working for him, “Get over it.” This struck me as an unfortunate response, not only for economic and social reasons, but more from a leadership perspective. Mr. Dimon and other mega-corporate millionaire CEOs don’t seem to get it. Allow me to explain how his outlook varies from the military perspective.

One afternoon at the U.S. Naval Academy where I was assigned to recruit after graduation I was chatting with office-mate Marine Corp Captain Chuck Krulak. He had just returned from a highly decorated tour of duty in Vietnam where he had successfully led as a company commander. I was mesmerized by his tales of leading his Marines in combat in the jungles. I asked him what was the greatest lesson he took from being a Marine in the field. He quickly answered, “Take care of your men.” Chuck, as well as all Marines believe this and live it throughout their careers.

A couple of decades later Chuck Krulak became the 4-star Commandant of the Marine Corps. As he rose in ranks, I caught glimpses of his leadership which were always hallmarked by, “Taking care of his people” including when he led the entire 200,000 strong U.S. Marine Corps — a mega-corporation of sorts. He had risen to the top for other reasons as well, but during his rise he always let his people know that he depended on them and they could depend on him.

Now here is the comparison of Mr. Dimon and the General. In the military, as officers you are taught to be with your people and endure what they endure. Part of taking care of your people is to live with them in their conditions and suffer hardships along with them. You never promote up to a place where you can become disconnected. Yes, you get larger family quarters on base and you do make significantly more pay by military standards, but in the field or on ship, you are in it together. The troops and sailors expect it and you learn to cherish it.

Now back to Mr. Dimon. By all accounts, his pay along with other top CEOs according to a 2014 article in The Washington Post is 300-400 times as much as the average worker’s. A USA Today article in 2018 helps put this gap into human terms. If the average worker wanted to set aside $2000 per year to educate their child they would have to budget 50 percent of their discretionary income. For Mr. Dimon at 50 percent, he would have millions to spend on opportunities for his children. For the worker, this is a disparity of hope and opportunity. Is Mr. Dimon taking care of his people?

Ron works with emerging leaders, execs, entrepreneurs and managers who want to sharpen their leadership skills and inspire their teams to achieve a level of performance beyond their imagination. He does this by providing high-impact, energizing programs that give the participants an opportunity to learn and practice the guiding principles of leadership that are crucial to establishing a success-oriented environment. You already know a lot about leadership, Ron helps you to amp it up and put it all together so that you use your abilities in a disciplined fashion every day to achieve results! His course participants are unanimous in their feedback, "I wish I had attended earlier in my career." He has also brought his Leadership Excellence Course to the Battleship North Carolina, where participants learn in a most inspiring environment how to motivate people, the power of integrity, the reasons for good feedback and many other defining leadership principles that help leaders and teams get to the next level and achieve results. You can check out some other course opportunities at AcademyLeadership.com. Look in the Raleigh, Greensboro, Charlotte and Wilmington areas.

Other Posts from Ron Hewett

Leadership Is Getting From Knowing To Doing

It’s All About Your Corporate Culture

Stress Can Work For You

Failure And How To Avoid It

Leadership Starts At The Top!

Go Ahead, Change Your Mind!

The Power of Listening

Inspire Your Team to Perform Courageously!

There’s a Problem with Millennials… or is There?

A Macro Look at Managing Conflict 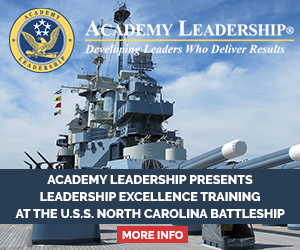