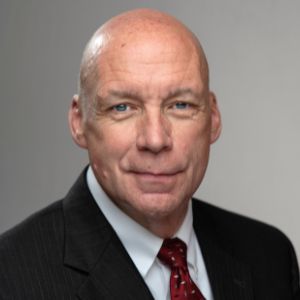 A Look Back at 2022: A Year of Progress for Wilmington

As the City of Wilmington begins a new year, full of promise and potential, looking back at 2022 provides an inspiring glimpse at some of the great progress and milestones we achieved together.

Expanding the availability of affordable housing opportunities ranks among City Council’s highest long-term priorities. In 2022, Council demonstrated that commitment by expanding funding for the city’s affordable housing programs and increasing the loan amounts for vital programs that make the dream of homeownership a reality for hundreds of Wilmington residents.

Council committed proceeds from the sale of the former Optimist Park to support the construction of Eden Village, an innovative project to provide housing and services for the unsheltered. It also allocated $750,000 to Cape Fear Collective, a local nonprofit, for the rehabilitation of the Driftwood supportive housing property, and $250,000 from American Rescue Plan (ARP) funds to protect naturally occurring affordable housing. Several vacant city properties were also donated to Good Shepherd and Habitat for Humanity to provide supportive and affordable housing.

This past year, Wilmington embarked on the largest stormwater project in city history, an $11 million drainage improvement to Clear Run Branch along College Acres Drive, which will reduce flooding along New Centre Drive. The city was also instrumental in securing millions of dollars in state funds to improve the region’s hurricane resilience.

City Council continued to prioritize street rehabilitation, with 150 lane miles of roads throughout the city receiving attention, including crosswalk and drainage upgrades. The second phase of the Park Avenue Trail was fully completed as progress continues on expanding the city’s trail system. Alongside many of our roads and trails, you may also notice a continued emphasis on growing the city’s tree canopy. Last year, the Wilmington Tree Initiative surpassed 10,000 trees planted or given away in just two years and that number continues to grow.

The Wilmington Fire Department achieved a milestone with recognition as an ISO Class 1 department, the highest designation a department can receive. Only 338 of nearly 30,000 fire departments nationwide have earned this designation for excellence in service.

Wilmington Police Department responded to nearly 400 calls on average every 24 hours in 2022, with crime decreasing by 4% overall citywide to its lowest level since 2009. Violent crime also reached its lowest level in 13 years, even though the city’s population has grown 24%. City Council has consistently prioritized public safety, with these accomplishments showing the positive results of that commitment.

City Council also invested heavily in strengthening the community’s network of support, allocating $1 million in ARP funds for a community kitchen at the MLK Center and $150,000 to the local Food Bank. The city also donated property toward the effort to bring a grocery store to the northside of downtown. Additionally, Council allocated $1.3 million in ARP funds to the Salvation Army for road access to its new community center, and $750,000 for Coastal Horizon’s Quick Response Team to combat the opioid epidemic. Council also advocated for $1.65 million in federal funding to remediate mold at the area’s local housing authority to return displaced residents to their homes.

Wilmington continues to be a great place for businesses to come and grow, bringing new jobs and opportunities to the area. Along with state and county partners, Wilmington City Council approved four business development grants, which will spur over $125 million in real and property investment and hundreds of new jobs. This is joined by major investments in small business and entrepreneurship, and workforce development efforts to bridge the digital divide.

Our community has a great deal to be proud of from 2022 and I have every confidence we will build on this success in 2023.

Click here to watch our 2022 Year in Review video.

Learn more and get connected at www.TheWilmingtonCurrent.com. Note: Funding made possible through the American Rescue Plan (ARP) is administered in accordance to U.S. Department of Treasury guidance and NC General Statute authorization.