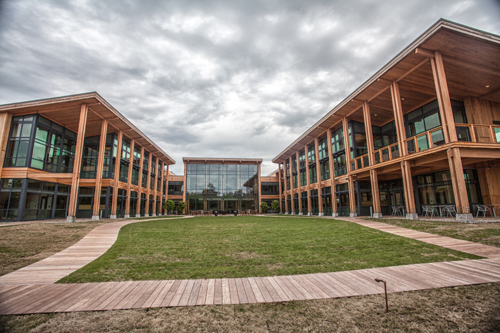 The company, which has traded its voting common stock on the Nasdaq since it went public in July 2015, will transfer the listing of that stock to the New York Stock Exchange beginning Dec. 14 of this year.

Live Oak Bancshares will continue to trade its voting common stock on Nasdaq (as ticker symbol LOB) until the close of the market on Dec. 13.

“We are pleased to join the NYSE and its prestigious trading platform as we continue on our mission to be America’s small business bank,” said Live Oak Bancshares Chairman and CEO James “Chip” Mahan in a news release. “We believe in providing long-term value to our customers and shareholders, and we look forward to leveraging the NYSE platform as we broaden our products and services to our country’s entrepreneurs.”

In a statement, NYSE Group Vice Chairman John Tuttle said his group was “thrilled” to welcome Live Oak Bancshares to the “NYSE community of icons and disruptors. [We] look forward to supporting them as they continue to transform how banking is done.”

Live Oak officials did not comment, by press time, on the reasons behind their decision. Some possible motivators are suggested by Simi Kedia and Venkatesh Panchapagesan, of Rutgers Business School and Olin School of Business, respectively. In a 2004 research paper, the two cite "significant gains" a company can make by listing on the NYSE rather than Nasdaq.

"Gains in visibility and liquidity associated with a move to NYSE reduce the firm’s cost of capital," the two report. "Consequently, firms are more likely to move to NYSE when they are raising external financing or engaging in acquisition activity."

Other sources note NYSE's continuing higher threshold to inclusion, pointing out that younger companies can more easily find a home on Nasdaq but move on to NYSE as they grow in size and profitability and may need a higher level of financing.

Live Oak Bancshares, as well as its subsidiary bank, has grown significantly in the seven-and-a-half years since that Nasdaq IPO. After steady growth and establishing itself as the country's top SBA lender, company officials announced in September they planned to add 204 jobs over the next five years and invest $25 million in expanding their midtown Wilmington campus, an effort acknowledged by local and state incentives. The bank has diversified its lending into other types of government-backed small business loans and has expanded into new markets.

As of September 30, the end of its third quarter, Live Oak Bancshares reported assets of more than $9 billion and total revenues for the quarter of $141.6 million.