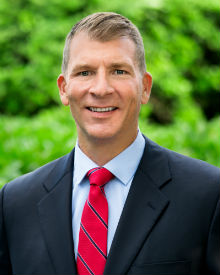 Industry veteran Doug Vogt is the next COO for the ports, where he "will apply his extensive experience to further improve the operational excellence at the Port of Wilmington, Port of Morehead City and Charlotte Inland Port," according to a news release.

His job will be to direct and coordinate the activities of all terminal operations. He will also oversee the execution of the infrastructure investment plan, according to the release.

“Doug is the perfect addition to round out our leadership team. His experience and knowledge of the industry will be instrumental as we complete our multi-year capital improvements plan and look toward the future,” said Brian Clark, deputy executive director of N.C. Ports, who previously also held the title of COO.

To the role of COO, Vogt brings more than 20 years of port and terminal operations experience to NC Ports.

He most recently served as the vice president of operations, equipment and maintenance for Tropical Shipping in Riviera Beach, Florida.

"During his tenure, Vogt was responsible for developing one of the most successful port operations in the United States focusing on safety, TEU throughput per acre, on-time vessel departures and truck turn times," the release stated. "He led the implementation of a new terminal operating system at multiple port facilities as well as the multi-year terminal development plans for Tropical Shipping."

According to the release, he also served in various roles with NYK Line, Maersk Inc., APM Terminals, DeWolff, Boberg & Associates and Medline Industries Inc. throughout his career.

“Doug’s experience will enable NC Ports to take advantage of critical infrastructure improvements as we continue to grow,” said Robert A. Wicker, chairman of the N.C. Ports Board of Directors.

Vogt will officially assume the role of COO on Nov. 16 as Clark continues to transition into the top leadership position.

Wilmington Boat Show plans to cruise into town in October