Wilmington Firm, New To The Coop, To Launch Kickstarter 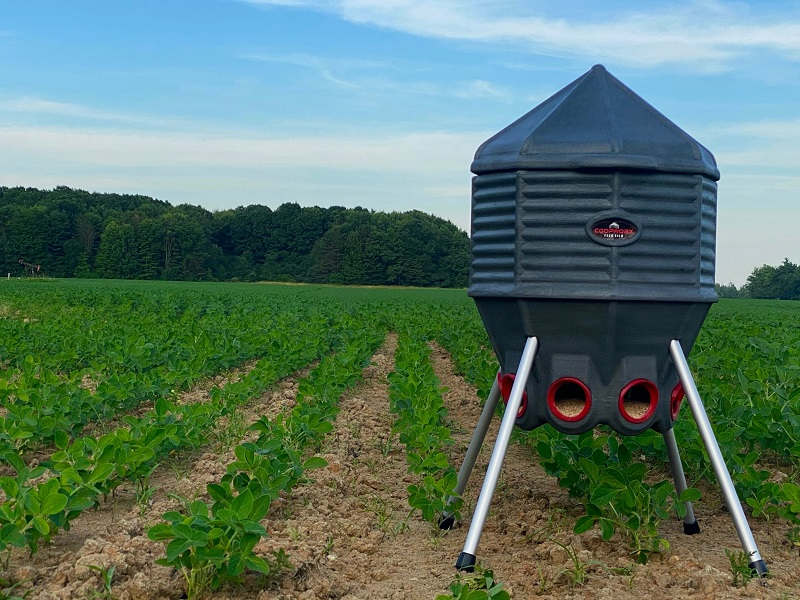 The CoopWorx Feed Silo was developed by a father-daughter team that's looking to run production of this new chicken feeder for market early next year. (Photo courtesy of CoopWorx)
Wilmington-based CoopWorx, a new firm making its way into the poultry industry, is starting a Kickstarter campaign this weekend to help push out its first product.

CoopWorx, a subsidiary of Wilmington-based EXPOGO Inc., a tradeshow display and product development company that has numerous patents, aims to manufacture the first round of its newly developed portable, multi-port gravity-fed chicken feeder in January, said Tom Carter, founder of EXPOGO Inc., a business started in 1988.

The patent is pending for the firm's CoopWorx Feed Silo, according to a news release.

"We're spinning off this separate company called CoopWorx to produce this feeder and a line of products for the poultry industry," Carter said. "So this is the first of what will become several products."

For this first product, the firm aims to raise $10,000 in a Kickstarter campaign that will start Sunday, he said. The campaign will run until Dec. 31. 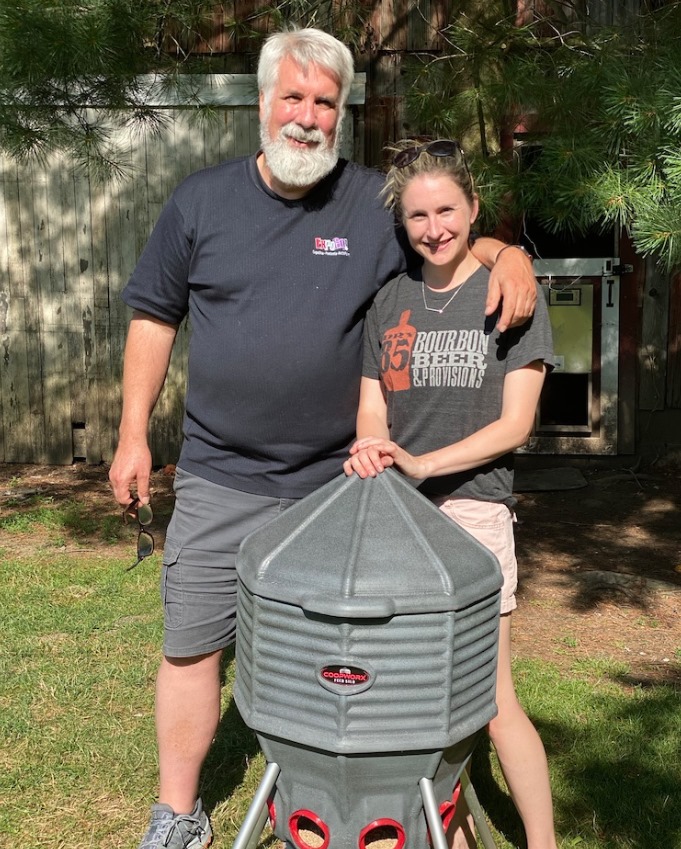 Carter founded the subsidiary business with his daughter Kate Stinson (pictured together at right), and is working with industrial designer and innovator Brad Forrest, of Idea Logic, based in Cary.

The idea started when Stinson started raising chickens, mainly for fresh eggs, and found that as her flock grew, she was filling her feeder daily and much of the feed was wasted due to the flock scratching out the feed, stated the release. So she and Carter, and the industrial design team, worked for about a year to design a new feeder.

Carter and his family aren't new to the patent and design world. He and his son, TJ, have also developed a magnesium guitar slide, MagSlide, that's now being distributed by Burgaw-based Mojotone and other music retailer giants, such as Sweetwater and Guitar Center.

The CoopWorx Feed Silo will be manufactured at Accuform Polymers Inc. in Warsaw, Carter said.

The firm will house its sales and marketing in Wilmington and will keep some inventory at a Wilmington warehouse. While the firm does not currently have employees under the CoopWorx LLC, EXPOGO has about six employees, who will also work on this new product line, Carter said.

"This thing is just getting a tremendous response. We've answered over 1,000 emails in the last week," Carter said, adding that CoopWorx has been pushing the product out on its social media pages.

"The USDA says there are 13 million people in the U.S. for backyard poultry. It's a way bigger market than I ever thought," Carter said.

The new feeder holds more chicken feed than other feeders, up to 80 pounds, he said, adding "it's just completely redesigned ... it's got a lot of features built into it, and that's what has people so excited about it."

The CoopWorx Feed Silo features a silo-shape design with a hinged lid and aluminum legs with eight custom feed ports "designed to prevent scratch out, scraping and feed flicking," stated the release.

The engineering and field testing is complete, patents are filed, and tooling has been ordered, officials said in the release.

Carter said that once its tooling arrives in January, the firm will begin its production.

"We're only doing $10,000 on the Kickstarter campaign," Carter said. "And the reason is the tooling has already been ordered, so most of the costs have already been paid for that it's taken to develop this. Kickstarter gives you tremendous exposure, and plus we want presales for that first production run. So we want to make the first production run as big as we can."