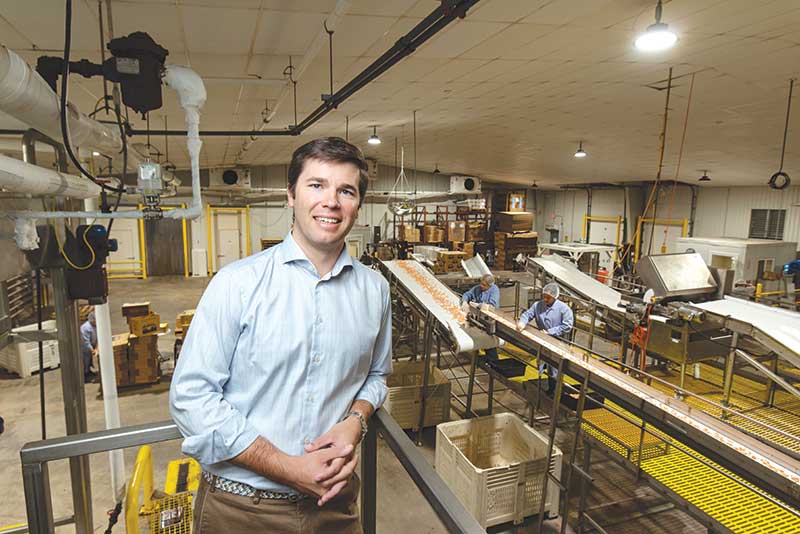 The local food processor, at 201 Progress Drive in Pender Industrial Park, has plans to expand its existing facility to an additional 56,000 square feet for food-grade processing.

Cardinal Foods plans to invest more than $26 million and create about 50 jobs with an average salary of about $38,500 as part of the project, officials said in the release. The average salary in  the county is about $33,000.

With this expansion, Cardinal Foods will double its size and workforce, officials said.

The company will also receive a state and local economic development incentive package to help facilitate the investment in Pender County.

Pender County commissioners in November approved $33,750 for the project, and the town of Burgaw has also agreed to provide another $33,750, for a total of $67,500 in local incentives. The state, through its Building Reuse program, has also earmarked $350,000 in grant funds for the project.

The expansion also qualifies for a $50,000 grant from the One North Carolina Fund, which requires a dollar-for-dollar match at the local level, stated county documents.

"These investments are to be made over a three-year period," stated the news release.

Cardinal Foods is planning this expansion to better serve blueberry, sweet potato and butternut squash farmers, from Florida to New Jersey. The largest benefit, however, will be to North Carolina growers, stated the release.

"This investment will enable Cardinal to be one of the largest sweet potato fry manufacturers in the world," Cardinal Foods President and CEO Corey Barnhill said in the release. "Due to a lack of processing capacity regionally, a large majority of fruits and vegetables travel outside of North Carolina -- as far away as Idaho and Canada -- to be processed. This expansion represents an enormous competitive advantage that will place Cardinal in a great spot for future growth."

The expansion will house raw material receiving equipment to accommodate the increased capacity of sweet potatoes and butternut squash, stated the release. A big product for its processing at the facility is sweet potato fries, which are shipped to retail customers, restaurants and foodservice operations globally.

"Burgaw offers a logistical advantage with its proximity to both major interstates I-40 & I-95 as well as the Port of Wilmington," Pender County Commission Chairman George Brown said. "We welcome Cardinal Foods' continued investment in Pender County, further capitalizing on the opportunities available to our region on the agribusiness import and export side."

Wilmington Business Development (WBD) played a role in the support of the expansion project, including incentive negotiation. WBD oversees business recruitment and industrial retention for the city of Wilmington, New Hanover and Pender counties.

Other manufacturers based at Pender Progress Park include American Skin, Wilmington Box Co., Kiln-Direct.com and Mojotone.

"Although it didn't happen overnight, the town's potential is being realized by quality employers. We're proud of the continued industrial growth in Burgaw," Satterfield, CEO of WBD, said in the release. "There is also a significant amount of land surrounding these companies available for further growth opportunities. We are aggressively marketing the Pender Industrial Park, Commerce Park and other favorable locations throughout our two counties as we attract new employers to the region."