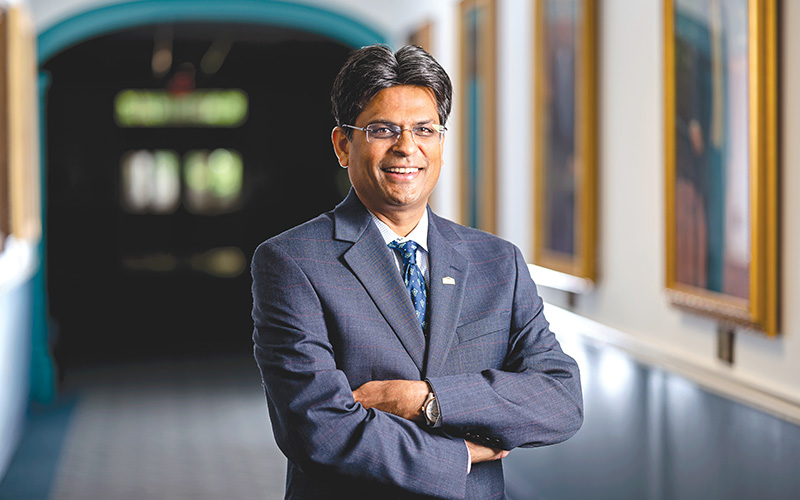 Aswani Volety, former dean of the College of Arts and Sciences, was chosen to fill the role of UNCW's chancellor. (Photo by Michael Cline Spencer)

Many influential local organizations saw leadership changes this year, from newcomers to familiar faces taking over the helm.

In July, Aswani Volety started his role as the seventh chancellor of the University of North Carolina Wilmington.

Volety previously worked at UNCW, where he served as the dean of the College of Arts and Sciences. Most recently, he served as the provost and vice president of academic affairs at Elon University.

In a previous Q&A with the Greater Wilmington Business Journal, Volety said one of his initial priorities is to help students settle back into the new normal after the pandemic.

In the long term, Volety said his goal is to help establish the university’s strategy for the next few years, armed with the financial support from a $100 million capital campaign. During this year, UNCW also saw leadership changes with the announcement of the retirement of Mark Lanier, who served as assistant to the chancellor and assistant secretary to the UNCW Board of Trustees. He worked at UNCW for more than 30 years.

Wilmington Downtown Inc. officials voted earlier this year to train its vice president of marketing and business outreach, Christina Haley, to take on the role of CEO after the resignation of Holly Childs.

Childs left the position this year to work in the private sector in West Virginia. She cited a lack of feedback and direction from WDI officials as reasons behind her departure.

Haley is a UNCW graduate, a former reporter for the Business Journal and a former assistant managing editor of Port City Daily.

While Jeffrey Bourk was named Wilmington International Airport director in late 2021, he began his three-year contract in January. Before ILM, Bourk served as executive director of Branson Airport in Hollister, Missouri, for 14 years.

The sale of New Hanover Regional Medical Center resulted in the $1 billion-plus New Hanover Community Endowment, which announced William Buster as its CEO this year. In March, Buster took on the role after serving as senior vice president of impact at Asheville-based Dogwood Health Trust.