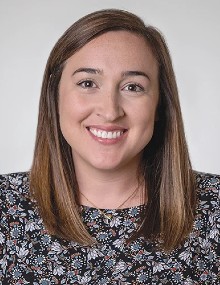 Dennison was named interim CEO of the Wilmington-based nonprofit in February after former CEO and founder Patrick Brien transitioned into a strategic advisory role.

Dennison joined CFC as director of programs in 2019. She was one of CFC’s first hires, heading up programming and managing high-level relationships with regional stakeholders, according to a news release.

“Meaghan understands the operational roadmap ahead and has demonstrated an ability to lead and bring partners together,” said Lydia Newman, chair of CFC’s Board and executive vice president and chief administrative officer of Community Care of North Carolina, in the release. “Under her stewardship, CFC has solidified its position as a community collaborator and has put the model in a position to scale.”

Since taking over as interim CEO, Dennison has overseen the launch of CFC’s Healthy Communities Dashboard. Healthy Communities enables alignment of community data collection and analysis to the Healthy NC 2030 initiative. The Dashboard launched for the Cape Fear Region on Feb. 22 and is expected to be available in all 100 counties statewide May 16.

“Our team and partners are poised for a successful future," Dennison said in the release, "and I’m looking forward to working alongside them in this new chapter of the organization.”