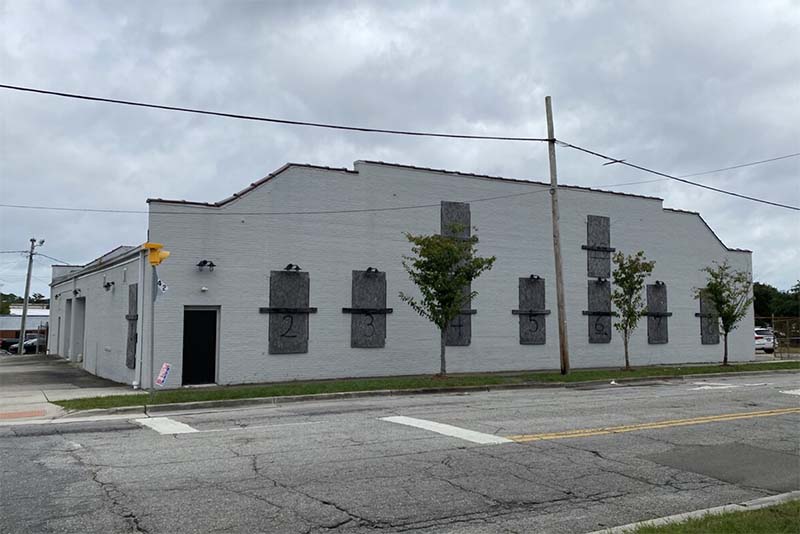 The founders of Bowstring Brewyard operate out of a historic renovated building in Raleigh and plan to do a similar upfit to the building at 1002 Princess St.

A major renovation on the block is being orchestrated by Parastream Development, which is upgrading the landmark Coca-Cola building and surrounding warehouse properties for an expansive mixed-use project. Bowstring will operate out of 8,900 square feet and will feature one of the largest continuous bar tops in town with seating for over 42 customers. The new business will include a full kitchen, local and domestic beer and a full liquor bar.

With plans to open mid-2023, Bowstring will incorporate a covered patio space, an inside-outside bar top, a turfed “yard” area, games and lots of shade, according to a press release.

One of the co-founders, Matt Golden, said when he first walked into the building, “we just said to ourselves that this is a perfect fit for the next Bowstring. We just love being able to feel the history of an old building, and with the wood-woven bow-trusse ceilings it just immediately felt right,” he said according to a press release from MoMentum Companies, which represented the brewyard.

“We were thrilled when we received the call from the Bowstring guys expressing their interest in the Downtown Wilmington market,” Terry Espy, president of MoMentum Companies, said in the release. “We know what a big impact they are making in the Raleigh market and is exactly what we were envisioning bringing to the Soda Pop District.”

Sandy Thorpe, of Parastream Development, said the Bowstring Brewyard crew brings enthusiasm and energy to the table. “We believe they will pair well with the community of tenants we have opening in the District,” Thorpe said in the release.

The building Bowstring Brewyard will move into was originally used as a bottling plant for The Electric Bottling Co. and later bought by Coca-Cola.

“Much like we highlighted and incorporated the history of Gulf Oil into our Raleigh location, we plan to do the same with the Electric Bottling Co. at the Wilmington location, with lots of memorabilia and antiques from that era,” Bowstring co-founder Brad Bowles said in the release.

The brewyard's menu will “be reminiscent of the old-timey burger joints” of the mid-century, including “simple yet delicious char-broiled burgers, hotdogs, chicken sandwiches and salads.”

Plans are currently in the design phase.

Correction: An earlier version of this article has been corrected to describe the business as a brewyard.