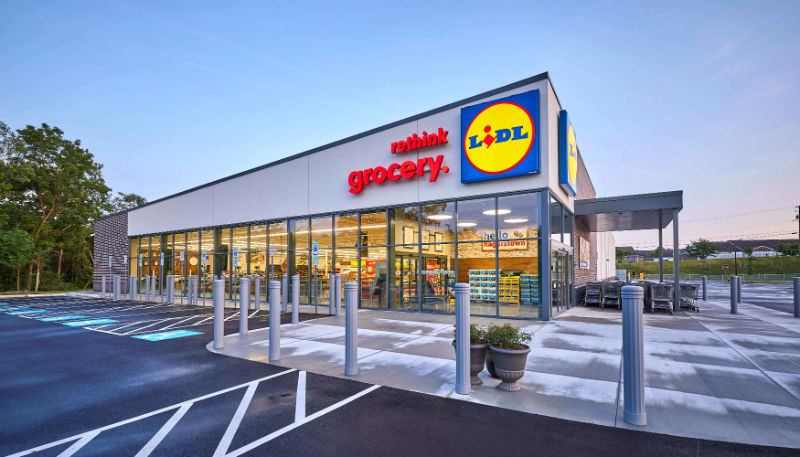 The Lidl grocery store at Independence Mall, 3500 Oleander Drive, is holding a grand opening next week. (Photo courtesy of Lidl)

The store will open at 8 a.m. after a brief ribbon-cutting at 7:40 a.m, according to a Lidl news release.

The store, the second Lidl in Wilmington and the 23rd in North Carolina, will operate from 8 a.m. to 9 p.m. Monday through Sunday. The other Wilmington Lidl is located at 1451 Eastwood Road.

“In just under one year, Lidl has successfully opened two stores within our community,” said Wilmington Mayor Bill Saffo in the release.

The Lidl at Independence Mall is part of a redevelopment of the former Sears site and Sears wing at the shopping center. Five Below and Dick's Sporting Goods have also opened in the new, exterior-facing portion of the mall.

“We’re thrilled to welcome Lidl to our mix of tenants,” said Helen Lewis, general manager of Independence Mall, in the release. “We’ve found that shoppers are looking for more than just retail options from their malls; they’re looking for a one-stop-shop for all of their errands.

"We’re eager to see the reaction of our community and are proud to play host to Lidl’s second location in the Wilmington area.”

The first 100 customers will be presented with a gift card ranging from $5 to $100 each. Shoppers can enter to win a $500 Lidl gift card, and take advantage of special giveaways.

Founded in Germany in the 1970s, Lidl is a discount grocer and Aldi competitor that established its U.S. headquarters in Virginia in 2015. These days, according to Lidl's website, there are more than 100 Lidl stores in nine states across the East Coast.