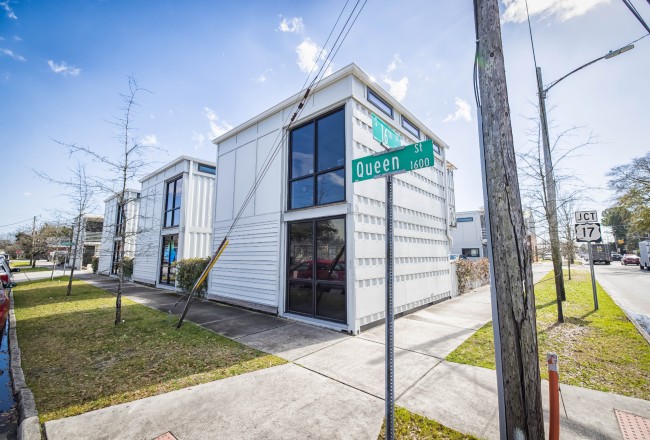 The district includes parts of Queen and Castle streets and 15th, 16th and 17th streets.

The buyer, represented by Domenico Grillo of Keller Williams, paid $1.4 million, according to property tax records. The entity also paid $630,000 for 1608 Queen St., the property that houses the co-working space Coworx.

Smith said he’s “going to turn around and reinvest the money into the area, so we purchased some more property around it that will allow us to expand the Cargo District into a couple more restaurants and possibly some other venues.”

“All these old commercial buildings that are around in disrepair, we’re going to take them and fix them,” Smith said. “That will pull people to the neighborhood.”

Cardamone, who manages Smith’s Cargo District properties, owns 707 S. 16th St., which is also in the Cargo District. The property holds DesignWorx, housed in what was previously a warehouse that extends from 17th Street to 16th Street.

“That has 12 tenants and they’re all small business entrepreneurs,” Cardamone said. “We’ve got a great list of innovators in that building that all have really small spaces and they do a ton of business out of there.”

With numerous office, retail and restaurant tenants, the Cargo District has grown from Smith’s vision into a thriving reality.

Cardomone said, “It was a really quiet place for a long time and now there’s a lot of viability there.”

Smith said demolition is not in his plans.

“I have no intention of tearing anything down, only to restore what’s there and bring some new life to it and make it something that’s usable to the entire community,” he said.

As for the future use of containers in the district, Smith said, “We will try to continue the theme of incorporating containers for every project that we’re part of.”

PPD headquarters: A big building with a bigger impact

SeaTox Sees An Ocean Of Potential

Whether as a vital source of food or a new, life-saving drug, the ocean has the potential to “improve global health and well-being,” a goal...