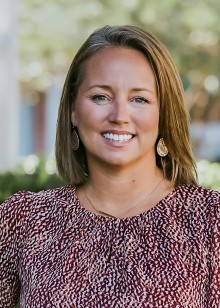 Price joined residential real estate firm KWIC in 2018 as CEO and director of sales for REACH Properties. She was hired as the team leader of Keller Williams Wilmington in January 2019, according to a news release.

She helped orchestrate a merger with Keller Williams Myrtle Beach and was instrumental in helping reorganize the Wilmington and Myrtle Beach franchises under the umbrella of KW Innovate Companies.

The release stated that Price has also helped KWIC sustain its position as one of the fastest growing brokerages in the region and in the country.

Operating principal and CEO Ladd Gasparovic stated in the release, “The vision and mission of KW
Innovate Companies are clear, yet the path to it, or the ‘how,’ has not always been as clear. I’ve
learned that it’s not about how we get there but who is on your team to lead you to your goals.
The confidence that I have in Manda to get us to our goals is unsurpassed.”

KWIC has more than 600 brokers and 10 office locations in coastal North Carolina and South Carolina.

Price said in the release "This promotion is going to allow me to focus less on day-to-day tactics within the business and more on developing leaders, coaching and consulting our top agents, and continuing our quest to change lives through the business of real estate.”

According to the release, Price "attracts talent, helps people discover their true talents and helps them achieve far more than they thought possible."

Price moved to Wilmington from Champaign, Illinois, four years ago, and "her presence and leadership have been the key ingredients to fuel KWIC’s growth and execution of its strategic vision," the release stated.