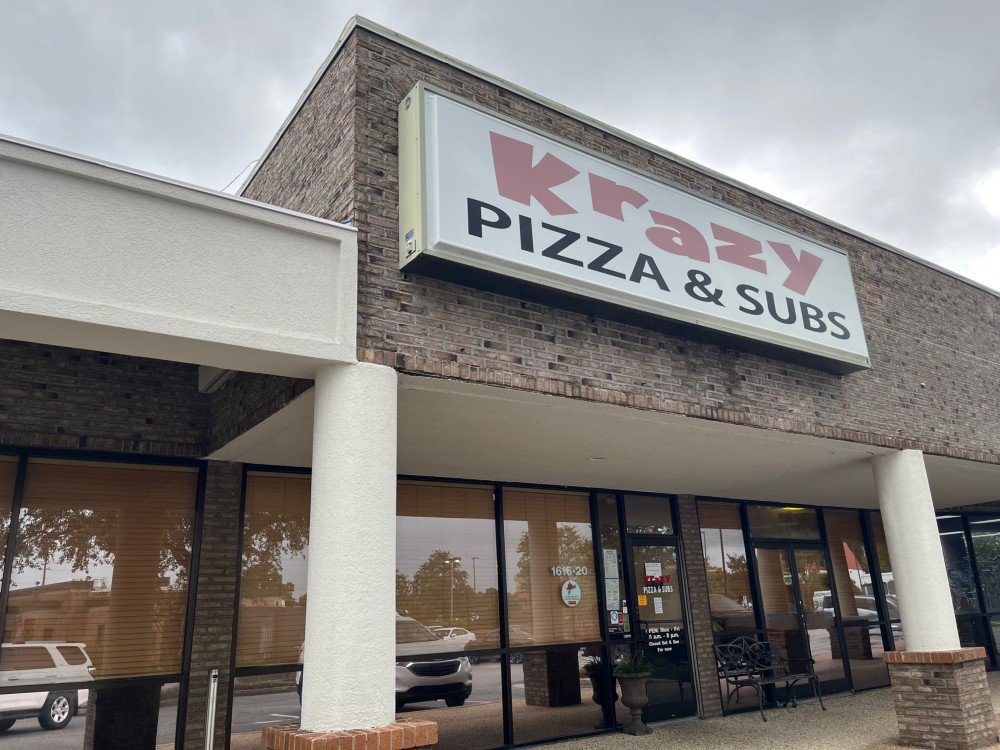 A handwritten sign on the door at the eatery's unit in Cornerstone Center, 1616 Shipyard Blvd., says, "Sorry Foks [sic] Krazy's has closed it's [sic] doors. Thanks for all the great years!"

Owner Joey Hamm, who estimated that Krazy's had been open in Wilmington for about 26 years, said Tuesday he had no further comment on the restaurant's closing, except to say to customers, "We'll miss you all."

Krazy's was previously in a different portion of the shopping center, moving to the end beside South 17th Street that once held a Blockbuster Video. Over the years it was a lunch spot for midtown workers and popular dinner location for youth sports teams.

Ed Godwin, who bought Cornerstone Center in 2017, said the 3,000-square-foot space formerly occupied by Krazy's is now available for another tenant and he's already had some interest from potential restaurants.

Meanwhile, Godwin said, two new tenants at Cornerstone are setting up shop – a Wilmington location of Island Print & Promo and Kind Cultures, a plant-based cheese business. The new tenants are in the space previously occupied by the Lunchbox, a restaurant that closed in December last year.

For Carlton Brown, president of Island Print & Promo, leasing a storefront in Wilmington allows him to expand his business, which opened its first physical location in Carolina Beach and will continue operating there as well. The company offers copy and print services, including promotional apparel and products.

"I started the company about five years ago as an online company and then when the [COVID-19] virus hit, I decided that everybody would come to the internet and probably hurt my business," Brown said, "so I did the unthinkable."

He added, jokingly, "I did exactly the opposite of what people said I should do and I was actually referred to some mental health practitioners who could help me with my craziness."

That opposite thing was opening the Carolina Beach storefront, which turned out to be a success, Brown said. "We grew and grew and grew all through the virus and it surprisingly did real well focusing on service-related businesses and emergency responders such as fire and medical."