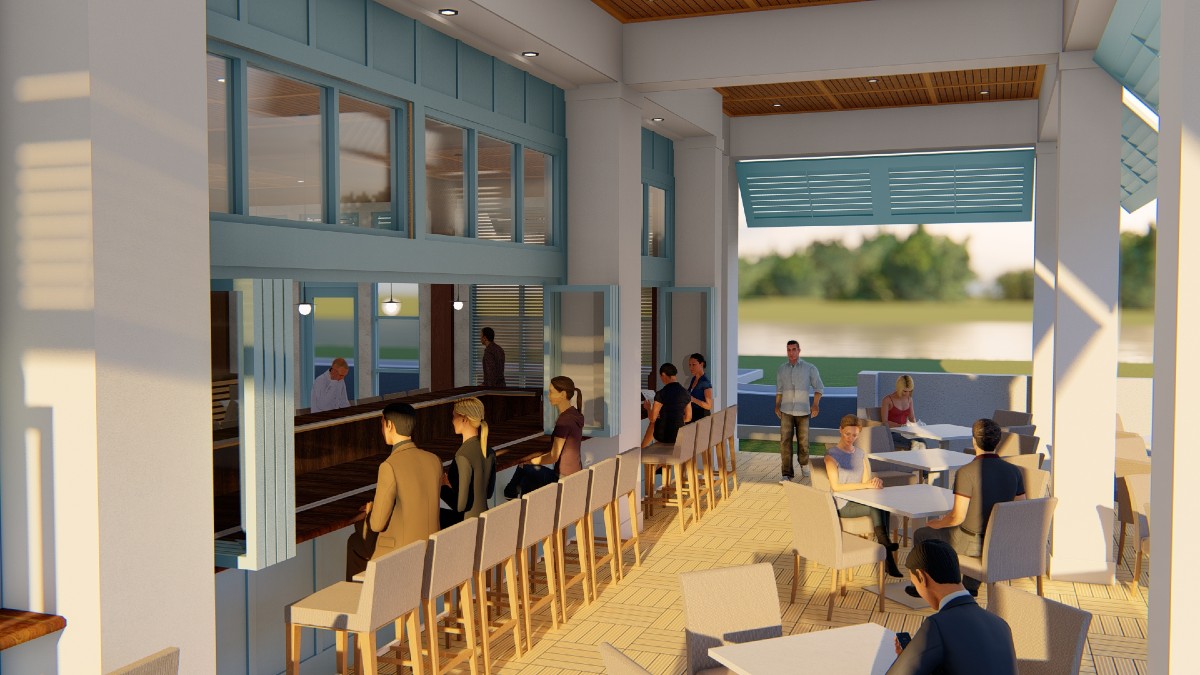 A rendering reveals what Raw 32 at The Renaissance, an oyster bar focusing on fresh seafood, is expected to look like. (Courtesy of Thomas Construction Group)
Officials with a Wilmington-based firm expect to start soon on the interior construction for one of the latest restaurants by well-known local restaurateur Ash Aziz.

Thomas Construction Group, which also completed the upfit for the Aziz restaurant Origins at 102 Autumn Hall Drive, was awarded the contract to complete the interior (known as "upfit" in construction parlance) for Aziz eatery Raw 32 at The Renaissance, according to a news release from the construction firm. The work is expected to start in January. 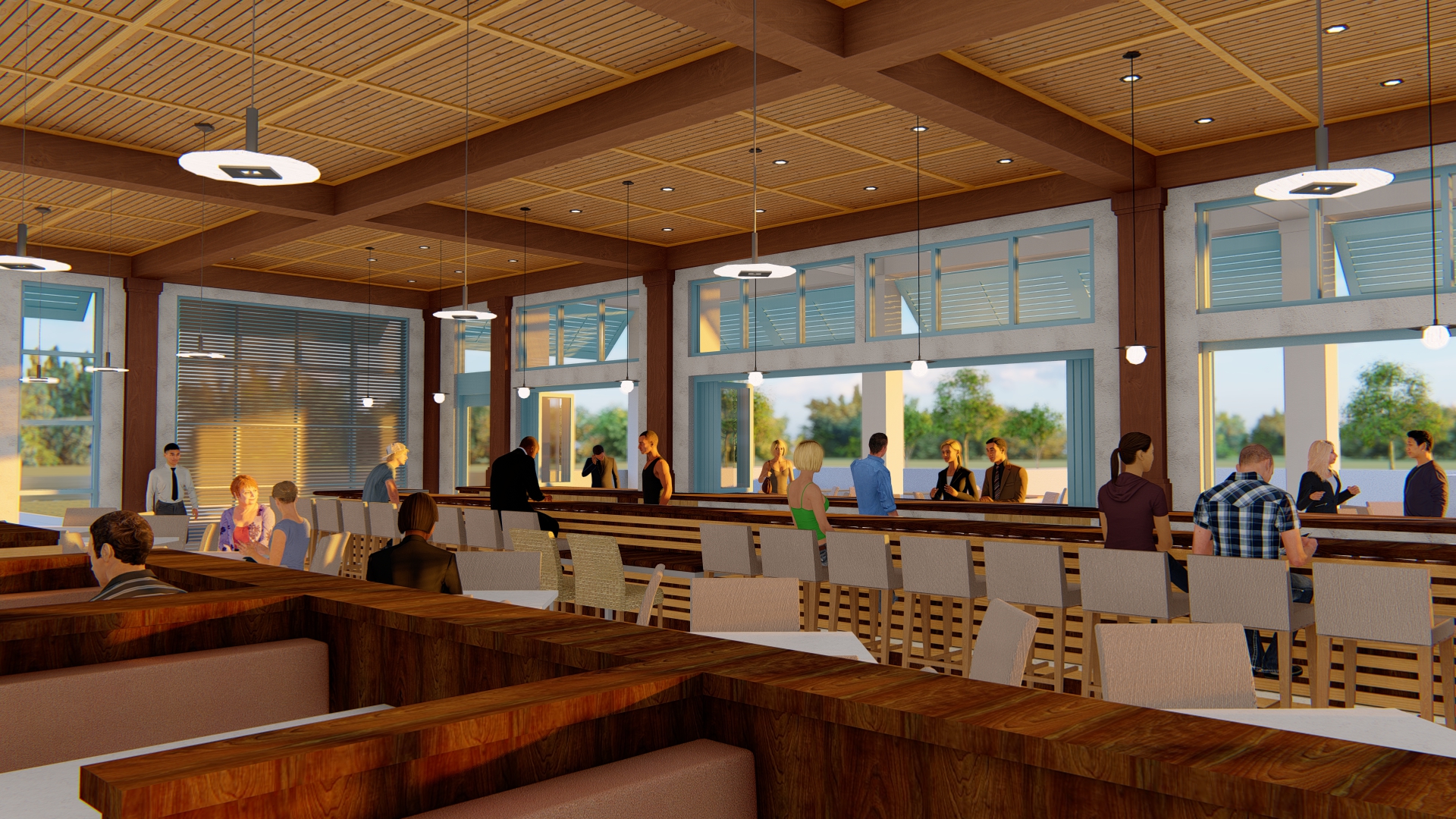 The release did not disclose the contract's financial details, but a building permit issued Dec. 20 by New Hanover County lists the upfit project's valuation in the 3,400-square-foot space as a little over $450,000.

The restaurant, which aims to put a current spin on the traditional oyster bar and focus on fresh seafood, will be located at 1039 Ashes Drive in The Renaissance, a mixed-use complex across Military Cutoff Road from Mayfaire Town Center.

"We’re happy to continue partnering with Ash and his endeavors and helping to bring a better food scene to Wilmington," said Jason Lovelace, project executive with Thomas Construction, on Monday.

"Upfit work is set to begin later this month, and, upon completion, [the restaurant] will feature indoor and outdoor seating for approximately 75 people," the release stated.

Lovelace said Thomas Construction expects to be finished with the construction by the end of May this year. An effort to reach Aziz on the timing of opening Raw 32 was not immediately successful Monday.

The Renaissance mixed-use community, including Raw 32, is a project by Cape Fear Development, the development arm of Cape Fear Commercial.

Origins, an upscale restaurant featuring unique twists on American food, opened in Autumn Hall in May last year. Since his first Wrightsville Beach restaurant in 1998, Aziz has opened 22 dining establishments in 25 years.