Consultant: How Brokers, Economic Developers Can Work Together To Lure New Jobs 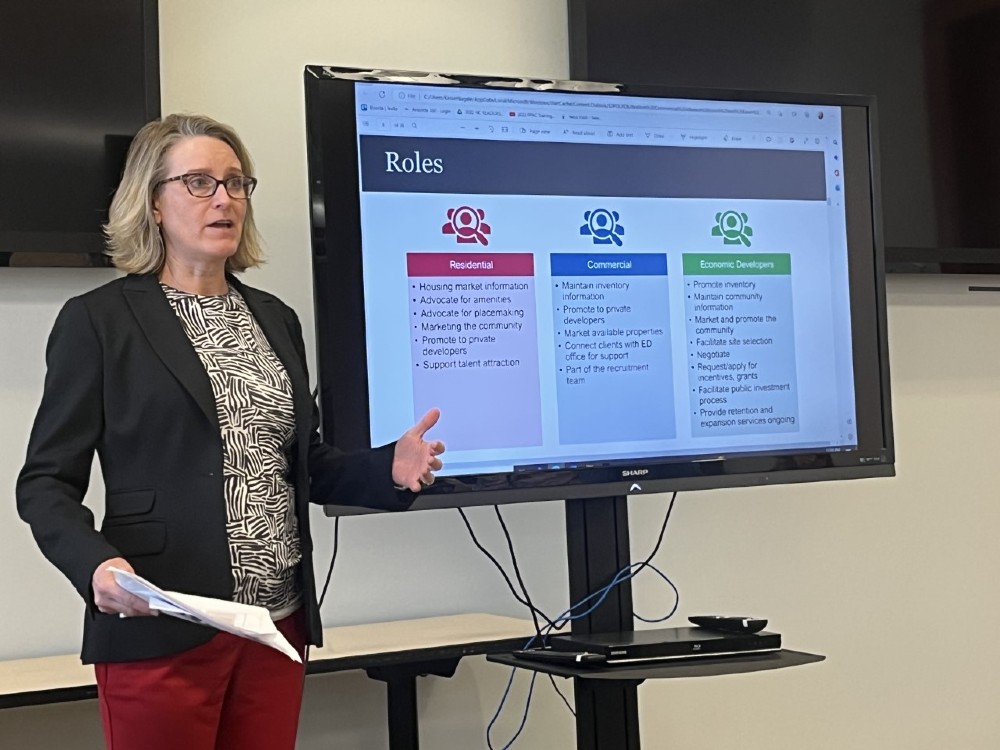 “Make sure you reach out to them, let them know who you are, let them know the work that you do. Talk about the sites and buildings that you are representing and where there may be some data gaps,” said Crystal Morphis, founder of CreativeEDC, a North Carolina-based economic development consulting firm. “This is a person that is helping to market the product you're trying to sell. So you need to make sure all the data is updated and ready to go.”

Morphis relayed her advice about working with local economic developers during a lunch session hosted by the Realtors Commercial Alliance Southeastern North Carolina (RCASENC) at the Terraces on Sir Tyler headquarters of Cape Fear Realtors.

Morphis, who is also working with the town of Leland on a strategic plan, emphasized that those working to bring new employers to an area are used to maintaining secrecy.

Companies don’t want competitors to know of their plans, she said. “Especially if it's a local company that's thinking about growing or expanding, they definitely don't want that [information] in the local marketplace. So as you know, sometimes they'll require nondisclosure agreements and the economic developers are used to those and comfortable with it.”

She also discussed the role of incentives, explaining that talent, rather than incentives, is the main driver for site searches.

But it is important for Realtors and clients looking at a lot of sites to know there is a significant difference in the amount of incentives based on the location and distress level of a county in the state’s tier system.

The N.C. Department of Commerce “annually ranks the state’s 100 counties based on economic well-being and assigns each a tier designation,” the department’s website states. “This tier system is incorporated into various state programs to encourage economic activity in the less prosperous areas of the state.”

Morphis also said it’s possible for a company to wait too long to seek incentives.

“An economic development office will get a call from one of you or one of your clients – ‘We have leased this building. We're going to move in and maybe in the next four to six months, we're doing some upfit, but we've already leased this building.’ Now the company would like some incentives,” she said. “That doesn't work out.”

Morphis was speaking to an audience Thursday of mainly commercial real estate agents and RCA members.

“We [RCA] are about 425 members strong. We are a 16-county organization,” said Kelly Stuart, a Coldwell Banker Commercial Sun Trust Partners broker who is this year’s president of RCASENC. “So we are represented with 16 different counties … we are growing because we are constantly getting interest from other associations and brokers outside of our geographic area.”