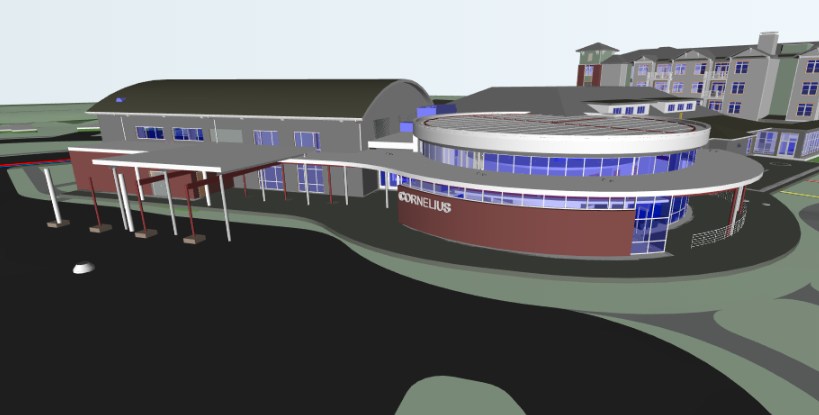 Construction crews are working on an $85 million project in Porters Neck that will add independent living residences, a restaurant that will be open to the public and much more to The Davis Community.

The not-for-profit campus, which sits on 77 acres off Porters Neck Road, is gaining facilities that have been part of its strategic plan for more than a decade.

The independent living component “completes the continuum of care for us. We currently do assisted living and skilled nursing and rehab,” said Charles Long, CEO of The Davis Community. “[Independent living] has been in our strategic plan since 2009, and so we’re bringing it to life.”

Marsha Taylor, executive director for independent living, said the additions also feature The Promenade, a wellness center that will have facilities open to the public, including a pool, a salon and spa and a restaurant called Cornelia’s.

Cornelia Nixon Davis was the mother of founder Champion “Champ” McDowell Davis, who in 1963 started the foundation that led to the creation of The Davis Community. Champ Davis had actually envisioned the campus one day holding cottages, Long said.

About the new facilities, Taylor added, “Outside of The Promenade, we're going to have a little amphitheater so we can have some live music and entertainment. With the gorgeous weather we have in Wilmington, I'm hoping that we get to enjoy that quite a bit.”

Other outside amenities are expected to include a farmers market once a week, a dog park, memorial gardens and areas for games such as pickleball and bocce.

“One thing we want to stress is the amenities that we're opening up to the surrounding community,” Long said. “That's probably something that's not common with these types of facilities. And our goal in that is to allow the residents to feel like they're still an important part of society. You know, a lot of facilities get put out on a vacant piece of land away from everything, and it almost feels like we banish our seniors, and we don't want to do that.”

Also currently under construction is a community center, “which is for all of the campus to use,” Taylor said. “It is going to be including a restaurant; it’s going to have a library, a theater, a grab-and-go market, some activity space, social areas and a really nice fountain with lights.”

A $65 million bond issue through the Public Finance Authority of Wisconsin, which as a formality has to be approved by the New Hanover County Board of Commissioners, is funding the new facilities. The rest of the $85 million is coming from reserves and lines of credit, Long said. The community is using First Citizens Bank with respect to the bond issue and lines of credit, he said.

County commissioners will hold a public hearing and a resolution on the bond issue at their meeting at 9 a.m. Monday.

“The debt to be issued is not New Hanover County debt, and the public hearing and the approval of the associated resolution does not increase the county’s liabilities or obligate the county in any way for the debt,” explained the agenda for Monday’s meeting.

In The Davis Community’s timeline, the first two cottages are expected to open as the sales office in May this year, with residents beginning to move in around January of next year. The Promenade is scheduled to open in the summer of 2022, with the apartments opening at the end of 2022.

As for why the facilities are being added now, Long said, “It's just the right time in the life cycle of the organization to do it. There's a window of opportunity with other outside companies coming into the area and doing it. And we needed to close that window for us.”