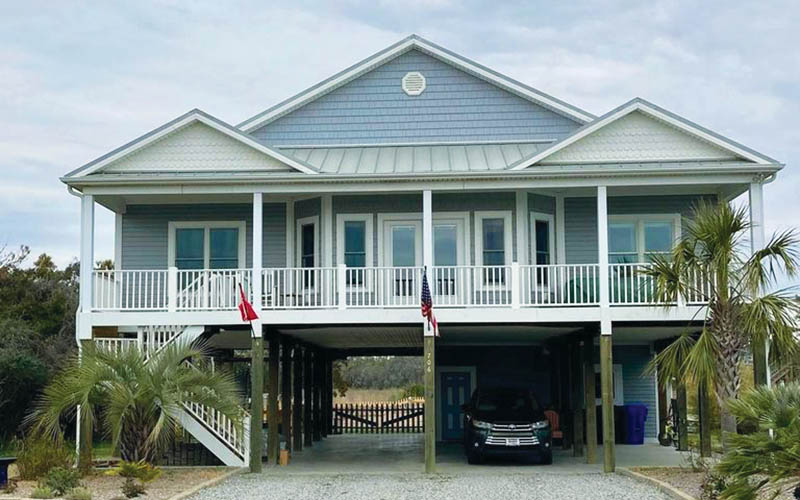 “It opened up for showings just this morning,” said Anderson, of Oak Island-based Art Skipper Realty Inc., on March 9 about the home at 706 W. Dolphin Drive, listed for $675,000.

Oak Island is a popular location for buyers, recently landing on a Top 5 list compiled by the Brunswick County Association of Realtors. The island’s wooded area was the second hottest-selling spot in Brunswick County for home sales in 2020, according to the N.C. Regional Multiple Listing Service and BCAR, with Leland coming in first.

The area designated as “Oak Island Wooded” in the MLS is defined as the center portion of Oak Island that’s not on the Intracoastal Waterway or within the first several rows along the beach, said Jim Goodman, vice president of sales for Margaret Rudd & Associates, a Southport-based residential real estate firm.

So why is Oak Island so popular? 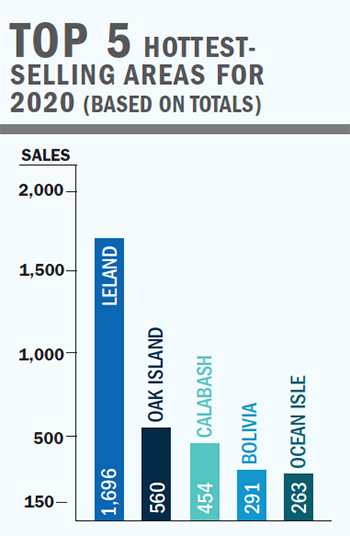 Anderson, an Oak Island resident who has lived there most of her life, answered, “The same reason that I fell in love with it myself and decided I would never leave here and told my husband that when he asked me to marry him. Because we’re not just a barren beach property; you cross our bridges, and you see treetops not rooftops. And our land does have an overall higher elevation and more stability than some other beaches.”

Additionally, Oak Island will probably have available lots “for quite some time because we have a lot of investors that own multiple properties. And some of them bought just to pass down to their grandchildren. Some of them have them because they join their property and they don’t want necessarily a house built right up beside them.”

Goodman said the wooded area’s spot just below Leland on the Top 5 list isn’t surprising because “that is the area of the island that has been the least expensive. What’s happening is that builders on the island are buying the least expensive lots, and then building spec homes on them, which are selling before they can get them completed.” 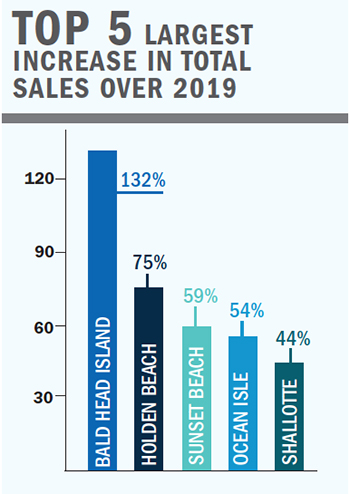 He added, “If you compare Oak Island to some – Sunset Beach, Holden Beach, Ocean Isle Beach – we’re still by far the cheapest island overall for homes.”

Away from the beach, the northern Brunswick County town of Leland continues to grow rapidly, so it’s no surprise that it earned the top spot on the BCAR list of the Top 5 hottest- selling areas.

While Leland is known for being a retiree hub, Connor said she is seeing a mix of buyer types.

“We do have retirees coming but we also have a lot of first-time homebuyers trying to buy. There’s quite a few that are saying, ‘This is a good time, the interest rates are good, let me go ahead and try to get my first home,’” she said. “And there’s several neighborhoods around here that are wonderful for that ... a place like Windsor Park, where the homes are in the low 200s, so it’s ideal for first time homebuyer.” 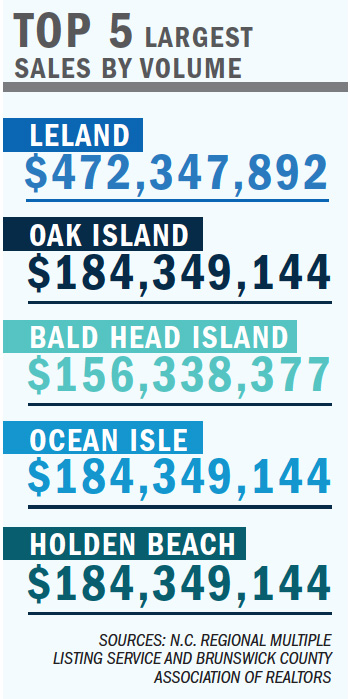 But that’s also an example of a price point getting multiple offers.

“Normally anything that goes in that price range under $250,000, it’s selling within a day, with multiple offers,” Connor said.

Many of the buyers used to come from predictable places, including New York and New Jersey, but Connor said she has some clients coming from California and even Iowa who want to relocate to Leland.

She said she thinks Leland is going to continue to grow in popularity.

“I think when you look even at some of the retail that has gone out, even in the last six months, you know, it’s a great indication of what people are expecting to happen, just getting a Chick-fil-A and a Starbucks and Wendy’s and those places,” she said. “Those are all brand new here. Companies like that are careful where they put their places, especially Chick-fil-A. I mean they do a lot of research to decide if it makes sense or not to put a franchise there, and you know they’re looking at the population explosion and where people are going and they’re saying, ‘Yeah, this is a prime spot for us.’”