A Look At New Apartments Coming To Downtown Wilmington 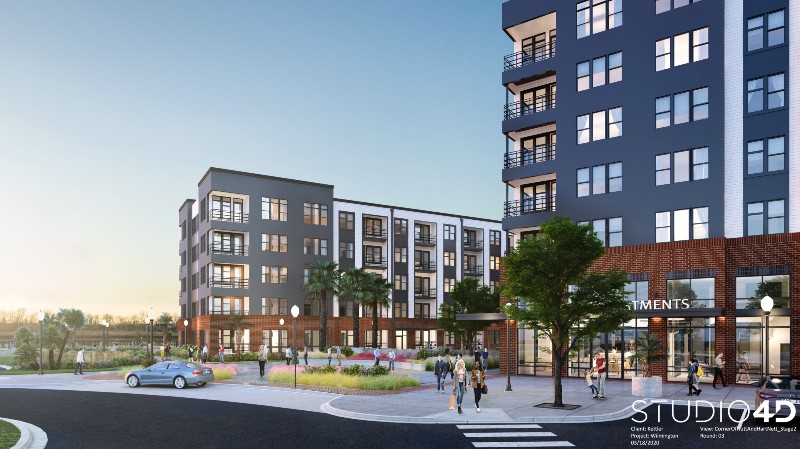 Kettler, a company based in McLean, Virginia, is developing apartments on the northern waterfront in downtown Wilmington. (Rendering courtesy of Kettler)

Crews are expected to break ground in the coming months on a downtown Wilmington apartment project by Kettler, a company based near Washington, D.C., that has been looking to grow in the Carolinas.

Kettler became familiar with the Port City through its purchase in 2018 of St. Andrews Reserve Apartments, a 390-unit community on St. Andrews Drive in Wilmington. That allowed the firm to get to know the city, along with its lifestyle amenities, nearby beaches and growth, said Graham Tyrrell, senior vice president of Kettler, headquartered in McLean, Virginia.

“We also were lucky enough to come across this site in the downtown area right on the waterfront,” Tyrrell said of its new development, which is on Harnett Street with two buildings on either side of the Nutt Street promenade that leads to the city’s new North Waterfront Park. The park is currently under construction. 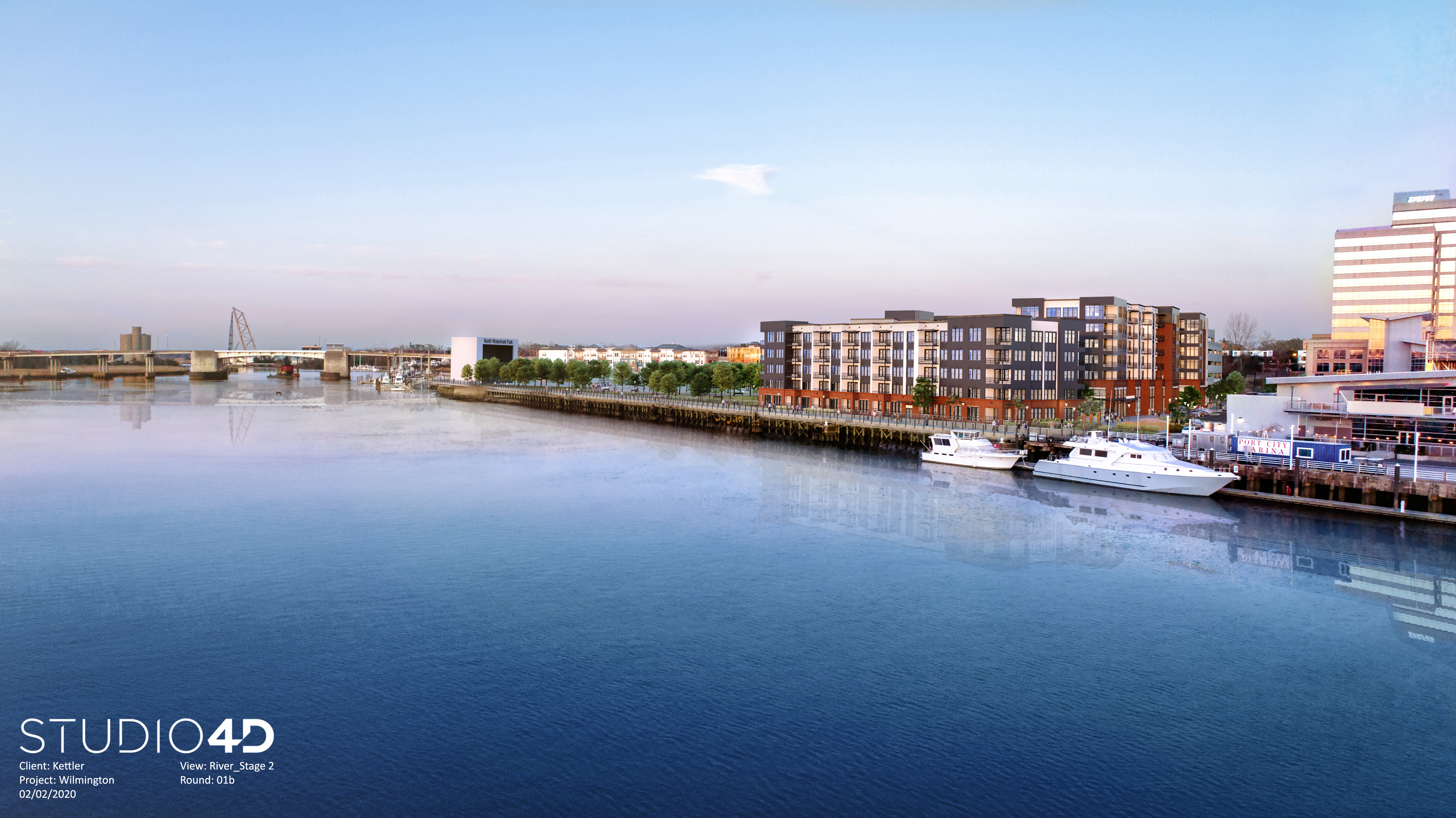 Kettler officials knew “there was going to be this great critical mass of development occurring in that neighborhood that would really make it a desirable area to live,” Tyrrell said, referring to the park and other new apartments in the area.

The contractor for both North Waterfront Park and the Kettler apartments is the Wilmington Division of Clancy & Theys.

The details of the project include:

Tyrrell said Kettler has had some early interest from potential tenants for the retail space.

“Ideally, I think we'd like to have something that works really well with the proximity to the park – coffee shops or small food and beverage operations that could serve not only the neighborhood residents but the office workers at nearby PPD, the park patrons. It seems like there's a good opportunity there to satisfy those needs,” he said.

Work is underway on the park and construction could be complete by June, according to the city of Wilmington's website.

Kettler specializes in multifamily development and also has a lot of larger projects that include a mix of uses. In addition to Wilmington, Kettler’s development interests in North Carolina include Charlotte and Cary.

“We recognized that there was great growth potential in the Carolinas, particularly in the North Carolina cities,” Tyrrell said. “We’ve got a lot of development in the Washington, D.C., metro area and we’ve done very well in that area, but we also recognized that we needed to expand our footprint.”

For the Wilmington waterfront apartments, which have not been given a final name yet, construction could begin this summer. After that, the first apartments could be ready in about 18 months.

Kettler officials are open to doing more work in the area, Tyrrell said.

He added, “We sense that Wilmington is greatly positioned to grow with people being able more and more to choose where they live, based less on being within a certain distance of an office and more based on what lifestyle they want to have.”

A legal industry accolade that comes out each year is the Super Lawyers list,....