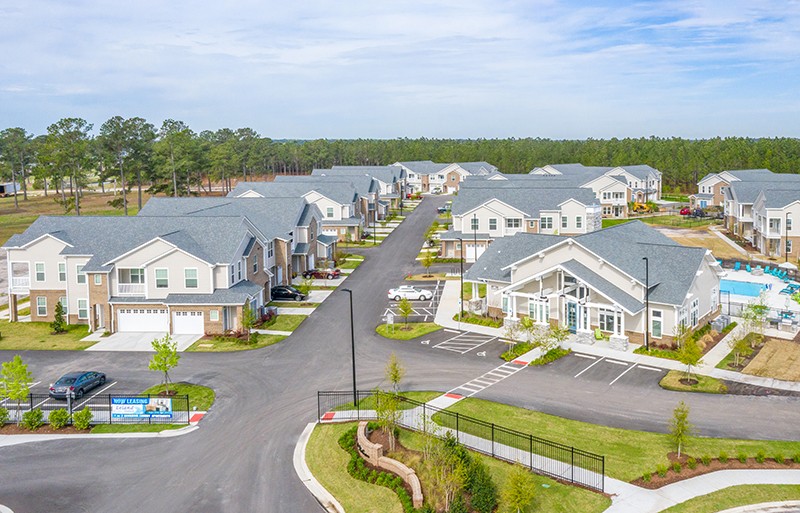 Greensboro-based Brown Investment Properties developed and managed the rental homes, selling them Dec. 17 to PassiveInvesting.com, according to a Capstone news release. FCA Management will operate the property moving forward, the release stated.

Completed in 2020, Leland Station includes one- and two-bedroom units in carriage-home floorplans, each unit including private-entrance garages, according to the release.

Leland Station was approximately 97% occupied at the time of closing. As of Thursday, rents there were starting at $1,530 a month for a one-bedroom home.

“Leland Station represented a fantastic opportunity to acquire a highly sought-after carriage home-style, Class A product with direct-access garages and excellent community amenities, located in the fastest-growing city in North Carolina,” said Eric Fitzgerald, director of acquisitions at PassiveInvesting.com, in the release.

“The Leland suburbs have seen incredible population growth before and during the pandemic,” Troop stated in the release.

PassiveInvesting.com focuses on cash-flowing multifamily properties in the Southeast U.S and Texas, according to the release. The firm’s portfolio has a current value of more than $822 million with a total of 3,798 units.