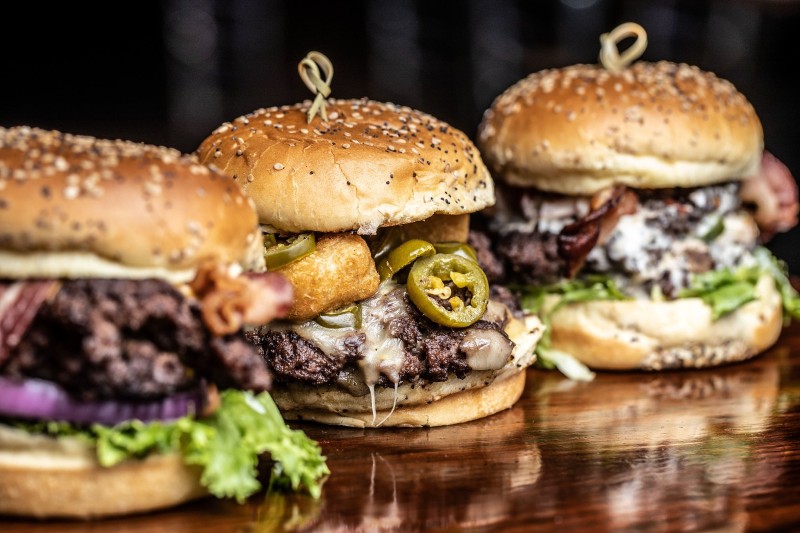 The restaurant was founded in 2016 by Jeff Quann, who quickly expanded to Greenville, where it has become a favorite among the East Carolina University community.

Now Jordan Michaels, a partner in one of the Greenville locations, is majority owner of the North Fourth Street location that has taken the place of The District Kitchen and Cocktails in Wilmington.

Michaels said he had looked at the location several months ago and hoped to be a part of the district because of the continued growth and revitalization of the area. He also felt the area needed a lunchtime option.

At the time, with COVID-19 raging, he felt the price was too high for the space and decided to keep looking. Eventually, the price came down and with hopes that the pandemic would begin to subside, he moved forward with establishing the restaurant.

Following some minor cosmetic repairs and the installation of several TVs and a sound system, Michaels was eager to open the doors and introduce Angus Grill to Wilmington.

Michaels said all Angus Grill’s meats are brought in fresh, never frozen, and all burgers are made fresh daily.

With nearly 30 burgers on the menu, there’s sure to be something for everyone, including a new turkey burger, a black bean burger and the Beyond burger. All burgers are available as a single, double or triple.

The restaurant also serves chicken sandwiches, salads and burger-brisket combos, all with a choice of side.

Michaels said some of the most popular burgers are the Brown Sugar Egg Burger with brown sugar bacon, an egg cooked to order and maple mayo, and the Sweet Sriracha Burger with provolone, lettuce tomato and onion.

Angus Grill offers a full bar, with six rotating beers on tap. There are plans to expand the number of taps, as well as to create an outdoor patio. Online ordering is also in the works, as is delivery from providers such as Grubhub, DoorDash and Uber Eats.