Pizza Meets Gelato At The Edge Of Wrightsville Beach 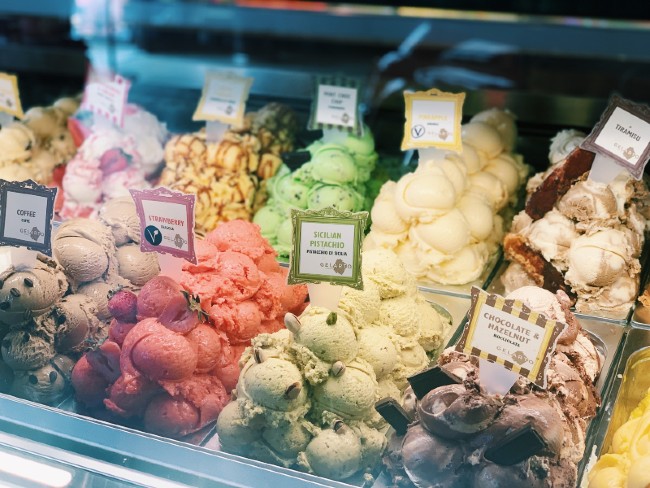 The partners opened GelaRto in the J.W. Brooks building at 18 S. Water St. in downtown Wilmington in early 2020.

“It has been an absolutely crazy year,” Langstone said. “But from the start we’ve wanted to find another location, and so with the addition of the pizzeria, this is the perfect spot.”

The downtown GelaRto will remain open while the new concept is taking over the space formerly occupied by Cruz restaurant.

Langstone said that whenever he’s visiting Turin, Italy, where GelaRto’s gelatos are made, he has a favorite pizzeria, San Mauro, that he always visits, noting that for him, pizza and gelato go hand in hand.

“The pizzas are so light and delicious and there’s nothing like them here,” Langstone said.

While the menu is still being finalized, Langstone hinted that there will be a variety of traditional Italian starters and salads, and pizzas such as the Wilmington, with mozzarella, fried green tomatoes, shrimp and basil, and the English Breakfast, with mozzarella, tomatoes, bacon, sausage and egg.

The restaurant will seat roughly 58 guests and offer a full bar, with local craft beer, Italian beers and a variety of cocktails prepared with spirits from End of Days Distillery.

About one-third of the space is allotted for GelaRto, which will carry 24 flavors in addition to several other desserts, some made with spirits and liquor. Langstone anticipates doing a fair amount of carryout pizza and will offer gelato by the pint to-go as well.

Final touches and inspections pending, aRtisano and the GelaRto outpost are expected to open within the next few weeks.

CAM Café to reopen this week