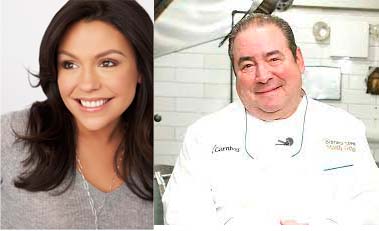 Beacon Education will once again bring big-name celebrities to the Port City for its 2023 culinary chef festivities on February 9 and 10.

The annual event, now in its eighth year, is designed to raise money to support Girls Leadership Academy of Wilmington (GLOW).

Emeril Lagasse will return for a fourth time to headline a full schedule of events. Joining him will be three-time Emmy winner Rachael Ray. A staple in the culinary world, Ray hosts the daily syndicated show that bears her name as well 30 Minute Meals on the Food Network. Ray’s attendance will likely add a new flavor to an already well-attended and popular event.

The event-packed festivities will include a limited seating dinner as well as a gourmet breakfast and a four-course luncheon. The celebrity chef events will support GLOW Academy, the only single-gender charter school in North Carolina.

The foundation is expanding its educational footprint by embarking on a new journey beginning next year, with plans to open a new childcare center by the summer. The school will be the first of several planned early childhood centers and will provide educational programming for children from newborns to pre-kindergarten age. Current plans will also cap the size at 150 students and will have a community health care clinic on-site.