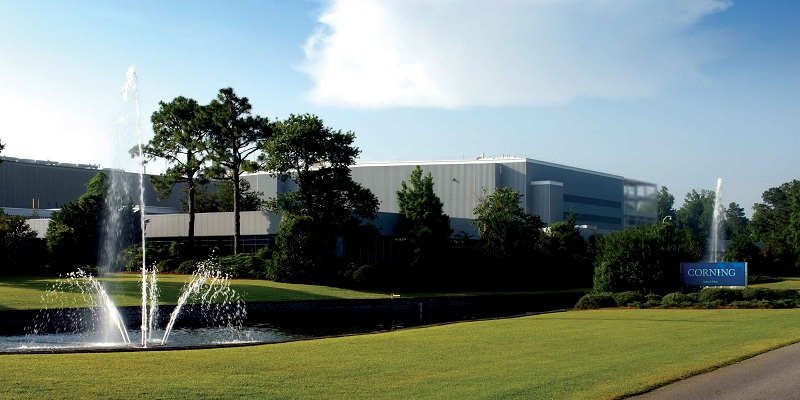 The company is celebrating this year the 50th anniversary of Corning's invention of the low-loss optical fiber. And while the invention itself happened in a lab in Corning, New York, the first optical fiber was produced in Wilmington, said Bernhard Deutsch, vice president and general manager of Corning’s optical fiber and cable business.

It took about nine years to go from invention to a product that could be manufactured for commercial and industrial use, Deutsch said. The Wilmington optical fiber manufacturing facility was the world’s first, and remains one of the largest in the world, he said.

In the mid-1960s, company researchers and the overall telecommunications industry started to realize that the existing copper wire infrastructure used to transfer data would not have enough bandwidth for future needs, stated the release.

The Wilmington facility, originally an electrical resistors facility in the 1960s, was converted over time into an optical fiber plant and continues to be a staple facility for Corning today, Deutsch said.

Corning Inc. celebrated in 2017 the delivery of its 1 billionth kilometer of optical fiber in Wilmington. Deutsch said that while the collective fiber count came from many plants across the world, Wilmington played a key role in that milestone.

In 2019, Corning opened its optical communications headquarters in Charlotte, Deutsch said. In North Carolina, there are a total of six optical communications business locations, including two of the world's largest fiber plants in Wilmington and Concord, and two of the world's largest fiber cable facilities, one in Winston-Salem and the other in Hickory. 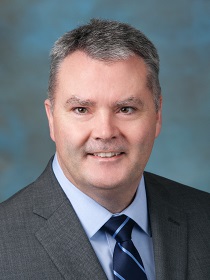 Deutsch (right) was appointed to his role in Corning’s optical fiber and cable business in February 2018 and is responsible for leading its team and developing growth strategies and delivering the business’s annual operating plan, according to Corning officials.

Bernhard Deutsch: “Overall, we are optimistic about the continued increase in bandwidth demand; telemedicine, teleworking, other things … So overall Wilmington will play a role in that growth plan. What is unique about Wilmington is that it has our largest portfolio. It is one of the world’s largest optical fiber manufacturing facilities, not our largest, but it is one of the largest in the world and it manufactures the full portfolio of fiber … so Wilmington has this ability to serve [many] applications.”

GWBJ: Are there any new developments that are happening in Wilmington that you can share?

Deutsch: “We rely heavily on process development and improvements primarily for costs, or select attribute improvements. But then there’s also product development like launching a significantly smaller diameter. [The] 200-micron fiber is really small and you have to keep the physical strength and optical performance the same."

“So, the density is a clear trend in cable. And we were the first to reduce the diameter of a fiber while maintaining the strength to allow a higher … density in a cable. And that was a world’s first.”

(Corning recently announced a series of smaller, denser additions to its portfolio of long-haul fiber and cable innovations, including the world’s first submarine and terrestrial long-haul fibers in a 200-micron diameter.)

GWBJ: How has the industry changed since the plant was built and how has the plant changed?

Deutsch: “It is a large facility. It has had multiple expansions over the years; and then the growth in breadth and developing and launching more products … those are the key major milestones for Wilmington. In addition to capacity, you have to keep innovating your process to make sure that your fiber is the highest quality at the lowest cost, and that’s all happening in Wilmington as well.”

“We are very proud of the talent we have in the area, that’s why we are there. It’s a very diverse talent pool that lives and works there. And … Corning was just named No. 13 in the Forbes 2020 ranking of America’s best employers in North Carolina. We are very proud of that. And I think that is one of the foundations of [how] we are able to grow.”

GWBJ: How has the Wilmington plant been doing through the COVID-19 crisis?

Deutsch: “COVID has clearly had an impact on the world in many ways. Our first priority was the safety and health of our employees, their families, and our communities. I would say the pandemic confirms the need for communication infrastructure … In general, optical communications was deemed essential during COVID. So, in North Carolina, our manufacturing operations continued running through COVID. In the U.S., COVID had little impact on our manufacturing operations due to the essential nature of the product we produce. If any at all, mostly on the availability of workforce, with people staying home.”

“Overall, demand remains very strong; the bandwidth demand with remote work and telemedicine, telelearning, remote learning. I’m also excited that the government has a rural digital opportunity fund; the U.S. government recognizes the need to connect rural areas also with fiber and provides funds for that, that would help rural areas in the United States – farms and less populous areas – to be connected.”

“And also, 5G. So, the applications that just require higher bandwidth and the whole topic of streaming, Netflix, Hulu, HBO, all these things are bandwidth drivers that we feel good about.”

The VR way to train