Aging In Place With Tech 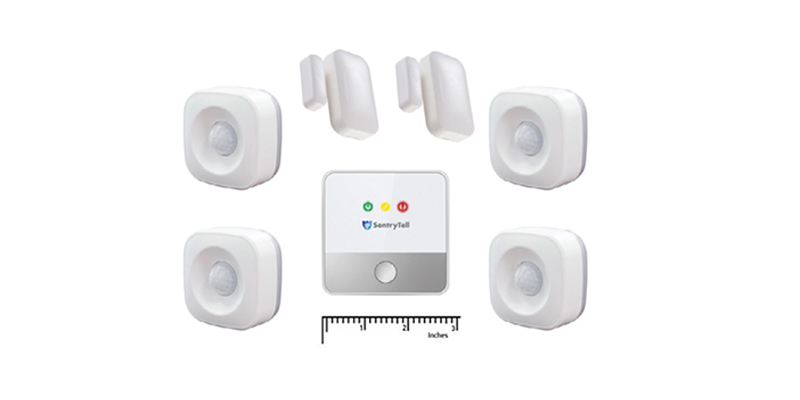 SentryTell is able to help family and caregivers monitor seniors' activity, promoting safety and encouraging aging in place. (Photo c/o SentryTell)
About 90% of people over 65 years old want to stay in their home for as long as possible, and 80% believe that their current residence is where they will always live, according to a report by the National Conference of State Legislatures and the AARP Public Policy Institute.

Health conditions, however, can be one of the top barriers for seniors to be able to continue to live in their homes.

Wanting to help seniors like his parents continue to enjoy the comfort of their homes, Alan Rupp came up with a solution that aims to continuously monitor seniors while at the same time ensure their privacy and independence.

“SentryTell came about after dealing with the declining health issues of my parents. They lived in South Florida, and I was in North Carolina,” Rupp said. “We began to suspect they were having health issues, but we really weren’t sure until their neighbors and friends started calling me telling me they needed more supervision.”

Although Rupp would travel to Florida as often as he could, he wished there was a way to monitor their well-being 24/7, so he used his experience working with sensor technology to develop a way to do so.

“I previously ran a global technology company headquartered in Raleigh for a number of years. And we carried just a lot of different kinds of products anywhere from servers, storage systems, personal computer equipment, to sensor technology as well,” Rupp said. “I got a lot of [experience] from there and then working personally with it over many years.”

While it was too late for his parents – who moved to an assisted living facility – to try out SentryTell, his wife’s parents have tried and liked the product, he said.

“The biggest proponent of it has been my wife’s mother. She’s actually mentioned several times that she’s very happy that we’re able to know how she’s doing because she also lives in Florida,” Rupp said. “We’re a long way away from her, yet we know constantly how she’s doing. It ends up being just a great application for us to keep an eye on her.”

SentryTell uses motion, door and smoke sensors that communicate activity to its system and can develop a baseline for the users’ normal activity throughout the day using artificial intelligence. Through an app, caregivers are given a yellow alert if activity is below or above normal action and a red alert if the difference is severe, he said.

Also, using the app, users can define a specific sensor that they would like to be alerted about, such as a high-risk basement stairway. Another key feature of the app is that it doesn’t use cameras or audio recorders, so the seniors are able to maintain privacy and independence.

Using Rupp’s experience in turning complex and large amounts of data into meaningful analytics, the startup underwent a two-year development to polish its recognition of baseline activity.

“That process was months and months in the making to get the anomalies out of the data so that you’re able to just really refine in on what’s normal for that senior,” he said. “We were trying to minimize the number of false alerts that are sent out to the user.”

Aiming for a market made up of people whose parents want to age in place, Rupp said other competing alternatives are life medical alert systems like Life Alert Emergency Response known for its “Help! I’ve fallen, and I can’t get up” slogans.

“The way we’re going to market with SentryTell is it’s a very proactive system. We’re not trying to capture a fall and tell you about a fall. We’re trying to look at trends in the senior’s activity levels and make that user aware that there’s a potential issue developing. If the senior is slowing down or stays in bed, you’re going to know that,” he said.

“This is very applicable to assisted living and nursing care communities. Some of the larger chains have their systems that they’ve developed, but most of the independents haven’t gotten to this technology yet,” he said. “When you think about the number of times that a caregiver in a facility needs to go check on the seniors and the dozens, sometimes hundreds, of rooms that they need to enter to do that, this technology can dramatically change that.”

With its launch this year, SentryTell has garnered interest from people wanting to figure out whether the system is right for them and is looking for growth in a developing market.

“There are whole industries forming around creating a safe physical environment for the senior who is aging in place,” Rupp said. “SentryTell is a great fit for this market because caregivers need to know if something unusual is happening in the home, without invading the senior’s privacy.”