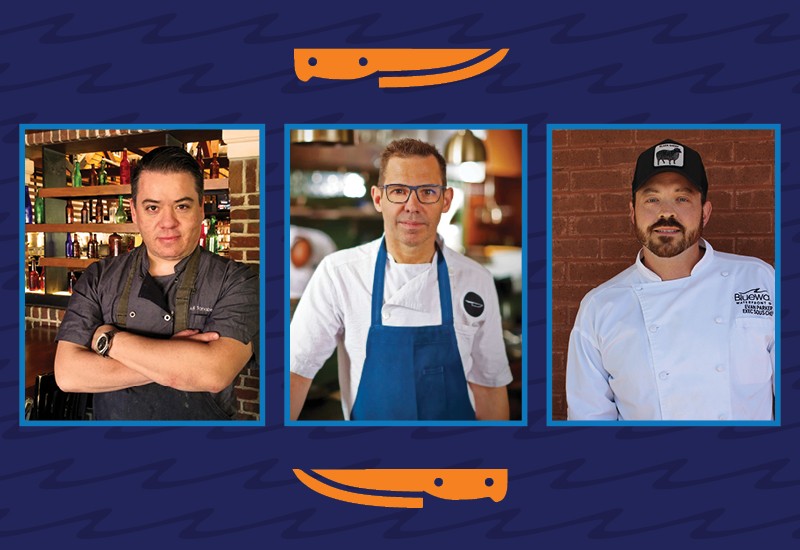 The dinner will include a five-course menu, along with wine pairings for each dish.

Tanabe and Tesar will serve dishes from their competitions on Top Chef, while Parker will create new dishes unique to the event. Each chef will present their courses to the guests and wines will be presented by Tanabe, who joined the LM Restaurant family earlier this year as the lead for culinary innovation.

A three-time James Beard “Best Southwest Chef” semifinalist and Top Chef season 10 contestant, Tesar is currently executive chef and partner with Knife at The Highland Dallas Hotel and is known for his modern American cuisine prepared with classic European techniques.

Tesar is also known as an innovator with a no-nonsense personality. Trained at  La Varenne Ecole de Cuisine in Paris, Tesar has received accolades from  from Esquire (named for Best New Restaurants for two consecutive years), FOOD & WINE and The New York Times, has made appearances on The Today Show and The Early Show and was the winner of the inaugural season of Food Network’s Extreme Chef.

Seating for the Bluewater event is limited as tables will be socially distanced, and bookings must be purchased by table for $125 per person. Reservations can be made by calling 256-8500.

On the Carolina Beach Boardwalk: A smorgasbord of restaurant options

Local officials and others have taken some steps recently to address the Wilmington area’s affordable housing crisis....