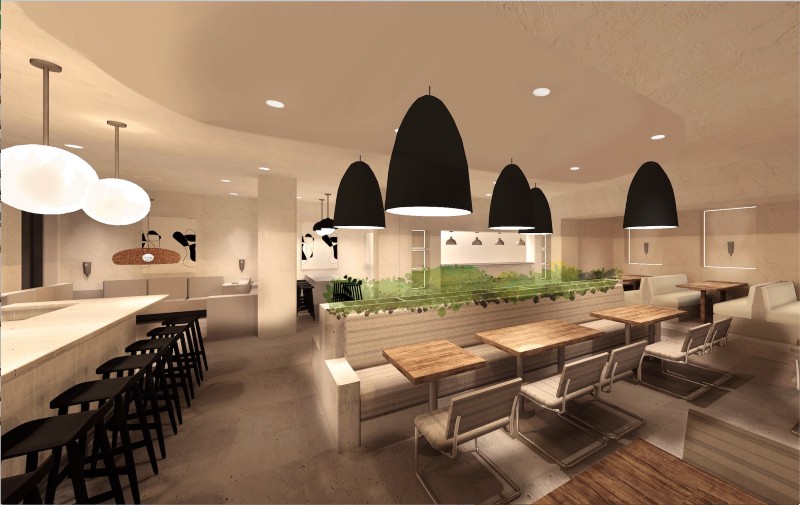 A vegan fine-dining restaurant is expected to open in a couple months on Military Cutoff Road.

Laura Tiblier, who owns Ceviche’s with her husband, and Anastasia Worrell, of Slice of Life, have partnered on The Green House at 1427 Military Cutoff Road in the Progress Point commercial complex. The space was previously occupied by Moe’s Southwest Grill.

The Green House will have its own glass greenhouse outside containing pots of herbs and plants that will be used in the restaurant’s plant-centered cuisine.

“Our central mission is sustainability and so this just felt very fitting for us to be able to grow our own food, especially onsite,” Tiblier said of the greenhouse. “And it’s kind of a new technology called aeroponics, which is more sustainable than hydroponics.”

Why a vegan restaurant for Tiblier and Worrell?

“We’re both vegan,” Tiblier said, “and we love the vegan offerings in Wilmington but we really could see more of a fine-dining experience that was plant-centered, not like the substitute meats that tend to be heavy in the vegan world.”

They want to enhance the area's vegan restaurant scene and the scene in general, she said.

“The more restaurants that offer good food, I think, the more people are drawn to this area,” Tiblier said.

In addition to being vegan, the restaurant's offerings will also be gluten-free.

The team is in the midst of developing dishes for The Green House, and some in the works include starters in the form of cheese boards (with nut cheeses and non-nut cheeses) and a mushroom board. Entrees are expected to include dishes such as eggplant filet with parsnip potato puree and red lentil spaghetti with a lentil ragout and pine-nut parmesan, to name a couple.

Half of the restaurant’s bar program is expected to include drinks that don’t have any alcohol.

“We want to really push the envelope on non-alcoholic offerings, with some drinks that are kind of the opposite of alcohol; they’re actually good for you and have health benefits,” Tiblier said.

For example, the team has been working with locals who make tinctures, tonics and shrubs (fermented, vinegar-based drinks with herbs).

Desserts are expected to include “a beautiful dark chocolate cake, exotic fruit tart, white chocolate parfait, and my favorite is going to be the milk [hemp milk, for example] and cookies,” Tiblier said.

Although The Green House will be a vegan restaurant, set to open in June, Tiblier wants all diners to feel welcome.

She said, “We want to include everyone and everyone can come and get something they’ll feel good about.”

The Green House is expected to be open for lunch and dinner seven days a week, with brunch on Saturday and Sunday.

Chef serving up another new restaurant to South Front District