Sound Off: Crystal Ball Of Mud And Maybes 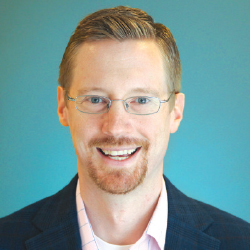 “Twenty twenty, a year of plenty …”

Let’s just count that as a miss when trying to forecast the future. Okay, that quip was uttered in response to a playful jab, “lean and mean in 2019” over lunch, but I certainly didn’t see the chaos of 2020 coming.

All prognostications should be taken with a grain of salt. Nonetheless, we should be watching and thinking about what the future might bring so we can be prepared for it. As we look forward, we should be careful about falling victim to recency bias and overweighting current events and aberrations, how many times have you heard the term “new normal”?

After 9/11 there was speculation that the airline industry would never be the same, prepandemic, air travel was up over 35% from the pre-9/11 peak.

When looking toward the future, we should ask why the past was the way it was and what might cause the future to be different?

Let’s briefly consider three different forces that may well drive change in our region over the next 20 years: Demographics, technology and trade.

One force for change over the next 20 years will be the aging of the population. By 2040, 81 million Americans are projected to be 65 or older – that’s roughly one out of every five, up from one out of seven currently.

Southeastern North Carolina is likely so see an even more dramatic shift in our demographics if Brunswick continues to attract retirees and New Hanover County’s fewer than average residents under 18 means fewer 30-year-olds in 20 years.

However, the University of North Carolina Wilmington provides a strong flow of young talent into the region. If we’re able to retain some of those graduates, they could become our young families and entrepreneurs over the next two decades.

A more likely scenario is that the population will skew older over the next 20 years, shifting employment toward services such as health care and financial services, obvious needs, but also inconspicuous consumption of our more senior residents such as veterinary services for their pets. As we age, our consumption patterns change and the population skews older, so will our employment mix to serve those residents.

An often feared but ever-expanding force of change is technology and artificial intelligence.

A recent article in the American Economic Review suggests some lessons from England’s violent riots of the 1830s following the adoption of threshing machines. Similar to today, new technology disrupted the labor market, enough so that riots erupted, but not everywhere. The riots were more likely to have occurred in areas most affected by threshers, but, critically, not in areas close to urban employment centers.

Social upheaval was most likely when displaced workers had no alternatives, a lesson that we should take to heart today.

It will be crucial for us to think about how to create new opportunities as apps become substitutes for hotel clerks, concierge services and even cashiers (and maybe even college professors).

Rapid change and the need for workers to retool might also force us to rethink education and move from bundled packages to certificate programs or just-in-time credentialing.

If cable television can unbundle, so can education.

Finally, trade and specialization are likely to continue as well.

As Matt Ridley points out, it wasn’t that long ago, in relative terms, that it was possible to know everything there was to know. Today, careers are becoming increasingly technical and specialized.

Physicians are a great example of this trend. In the 1950s, 7% of new physicians went into subspecialists; now it’s over 80%.

As knowledge expands, so does the incentive to specialize. As specialization continues, consumers may have to shop outside their region for the specific service or good they are searching for – have you tried to find a camera store recently? Our specialties are likely to include services and businesses that include sand and water, where we have, what economists call, a comparative advantage.

As we look forward, I’d encourage you to look back, ask your 20-year younger self where you thought you would be today, and then smile; life is an amazing journey, might as well enjoy the ride.

Adam Jones is a regional economist with UNCW’s Swain Center and an associate professor of economics in UNCW’s Cameron School of Business.

Editor's Note: Showing up this year

Behind the Numbers: Real Estate market thrives despite economic disruption

Sound Off: One step closer to better