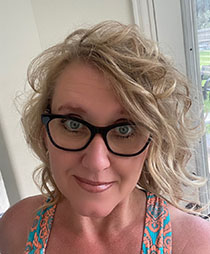 Carver, who has a long history in media sales, most recently served as general sales manager for Audacy Inc. in Houston. She previously worked for Townsquare Media in its Buffalo office as sales manager and later again as the company’s market president in Amarillo, Texas.

Other experiences include as senior vice president of sales for iHeart Media in Greensboro, where she ran the day-to-day operations for almost five years.

Her earliest experience in the sales industry came right after college when Carver – a native of Saskatchewan, Canada – moved to Toronto to run operations for some of the largest media companies in the country.

With over 25 years in the business, Carver said she brings a “deep knowledge and understanding of the media landscape, a passion for the business, clients and people and an incredible track record of success.”

“I am thrilled to join GWBJ and WILMA as the VP of sales,” Carver said. “It is very exciting to work for a company that has the respect and admiration of the business community and living oceanside in such a highly desirable and exploding market like Wilmington can’t be beat!”