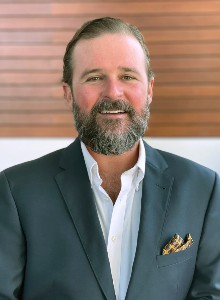 Brandon Guthrie
Brandon Guthrie has been named the vice president of academic affairs at Cape Fear Community College, according to a news release.

He was appointed by Jim Morton, president of CFCC, and approved by college's board of trustees at its meeting Sept. 22.

Guthrie most recently served as interim vice president of university transfer at CFCC. He has been with the college full-time since 2010 and has served as a faculty member, department chair and dean of arts and humanities, the release stated. Before joining Cape Fear Community College, he taught for Western Carolina University and worked for the National Park Service at Cape Lookout National Seashore.

Morton said in the release, “In his time at Cape Fear, Guthrie has demonstrated excellent leadership and problem-solving skills, and he has a true passion for his work.”

According to the release, Guthrie has been recognized by many statewide organizations for his leadership. This year, he was selected as the president of the North Carolina Community College AFA Association and administrator of the year by the North Carolina Art Educator’s Association. In addition, he has served on the Board of Directors for New Hanover County Arts Council, No Boundaries Inc., and the Cameron Art Museum Education Committee.

Guthrie holds an MFA degree from Western Carolina University and a bachelor’s degree in anthropology and studio art from the University of North Carolina Wilmington.