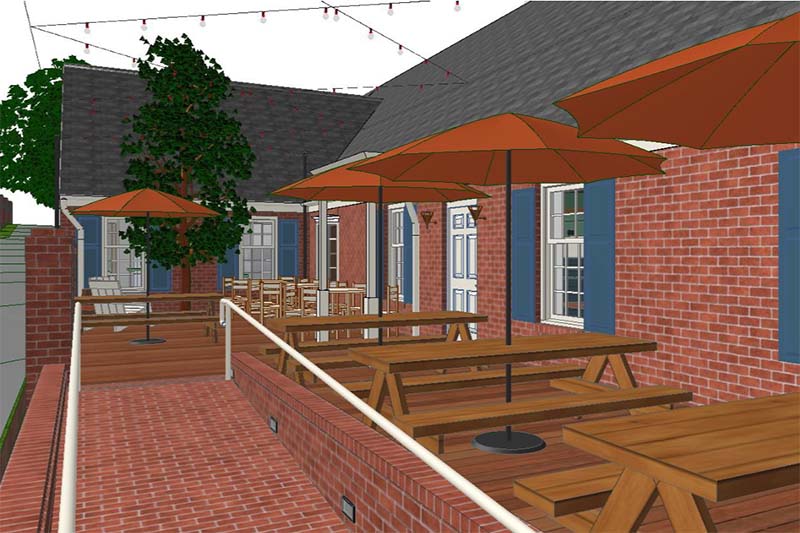 Ponysaurus Brewing Co. has submitted plans to update a former law office at 214 Market St. into a brewery and pizzeria. (Rendering courtesy of Ponysaurus)
While it may be taking longer than planned to establish its foothold in Wilmington, Durham-based Ponysaurus Brewing Co. is trotting ahead with its permitting process.

Plans to transform the former law office at 214 Market St. into a pizzeria will be reviewed by the Wilmington Technical Review (TRC) Committee on Aug. 18.

If approved by the TRC, the project can proceed without county planning commission consideration.

Rochelle Johnson, co-owner of Ponysaurus’ parent company The Cast Iron Group, said the company hopes to have the new eatery open early in 2023. Her husband and group co-owner, Nick Hawthorne-Johnson, said the company is putting together its construction schedule but the timeline will depend on the pace of further permitting as well as the availability of construction labor and materials.

Hawthorne-Johnson said he is a general contractor with a specialization in historic preservation and restoration projects.

"I'm excited to be working on an old building," he said Tuesday. "We're working with the Historic Preservation Commission, which has already approved the basic design."

In January, when Ponysaurus announced its intention to expand to Wilmington, the owners hoped to be open in the new location by this summer. While delayed, the designs and specs are true to Ponysaurus’ stated plans at the beginning of the year: a pizzeria and terraced garden restaurant that will feature what the brewery calls its “traditional and experimental American, Belgian and European-style beers.”

The existing look of the former attorney’s office will remain, but the property’s new owners will build on to it to create the space needed to house both the kitchen and adequate indoor dining. A beer garden with outdoor fireplace, will offer both covered seating and "open to the sky" seating, Hawthorne-Johnson said. The new construction will definitely "harmonize" with the existing building, he added.

Ponysaurus started in an attic in 2015, according to its website, and later grew to operate a 15-barrel brewhouse in Durham. The brand is also planning a location in Raleigh, which is planned to open by 2023.

View additional renderings of the Wilmington space below: 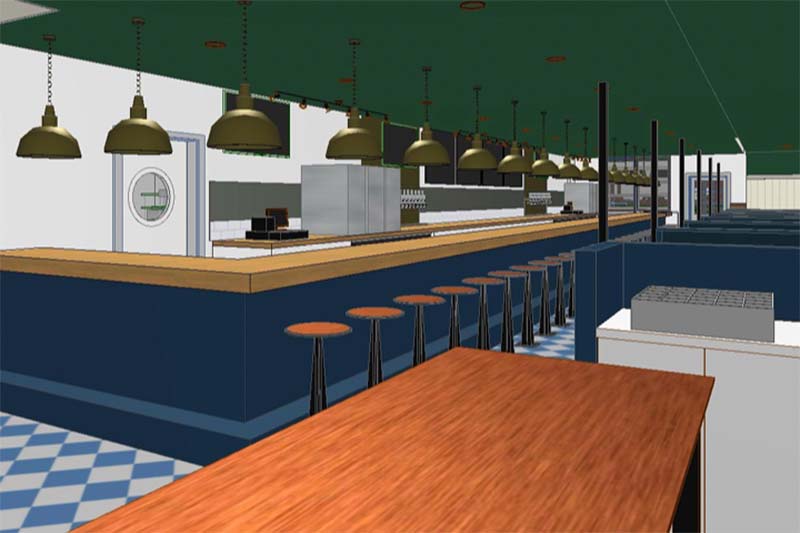 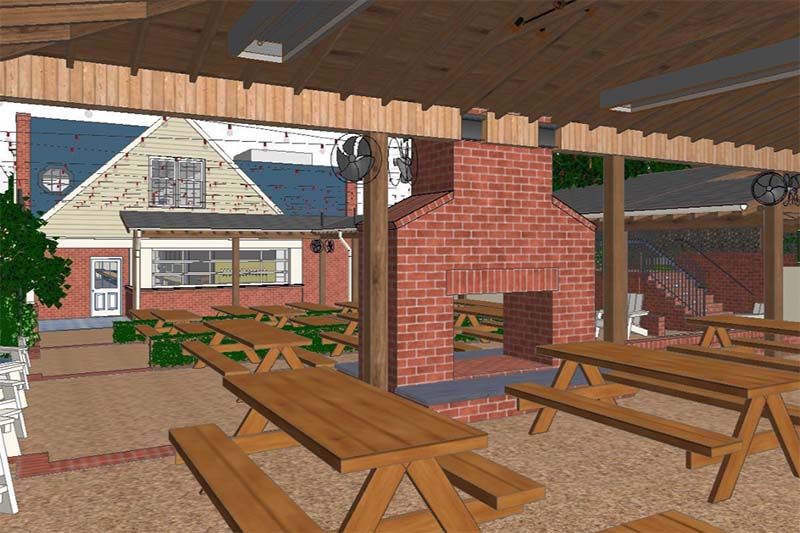