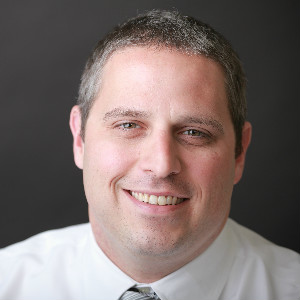 In December, the Tax Cuts and Job Acts was signed into law. Since then, CPAs and tax attorneys everywhere have been reading and rereading every aspect of the new law to make sense of what it actually means for taxpayers.

One of the biggest changes in the law involves changes in depreciation. We here at Earney & Company would like to share the information we have learned so far to help make sense of the changing tax landscape.

Previously, under Code Section 179, a taxpayer was able to deduct (or “expense”) a maximum amount of $500,000 of the cost of qualifying property placed in service for the tax year. Now, however, there is a higher limit of $1 million for which to expense the cost of qualifying property. This higher expensing limit is put into effect for tax years that begin after 2017.

Also placed into effect after 2017 is the ability for businesses to write off the entire cost of qualifying assets through bonus depreciation. This part of the new Act is to last until 2022 and then phase out 20 percent for each year after. This break does apply to both new and used assets, as long as their lives are 20 years or less.

Another new change is what type of property is eligible for expensing. Under the new act, belongings used mainly for furnishing lodging are considered to be depreciable personal assets. If you’re looking to improve your building per the new law, roofing, fire protection, fire alarms, security alarms and HVAC equipment have been approved for expensing, as well.

There is also good news for those who buy business vehicles. Passenger automobiles placed in service after 2017 and who do not claim the 100 percent bonus depreciation now have a higher depreciation limit. The amount decreases each year after the first year of $10,000. The second-year limit does go up to $16,000 before dropping down to $9,600, then $5,760 for the third year and the years following. It’s also important to note that these figures will change depending on inflation.

If you buy a heavy SUV for business, the good news is that you can expense 100 percent of the cost. To qualify, the SUV must have a gross weight of 6,000 pounds. Trucks with beds at least six feet long can also be expensed up to 100 percent.

Farm owners should also rejoice, as new farming equipment – not including grain bins, fences, land improvements or cotton ginning resources – can now be depreciated in less time. While previously, the law said seven years, the new law has shortened that time to only five years.

The rules for restaurant, retail, and leasehold improvements are no longer separate; now, they will be considered under the group of “Qualified Improvement Property” or “QIP.” QIP means that after a building was placed in use, an enhancement to the interior was made. The enhancement cannot include anything to the building’s structural integrity or any expansions. It also cannot include escalators or elevators. Currently, it is foggy whether QIP is qualified for bonus depreciation, and we expect Congress to issue some technical correcting around this.

One thing that hasn’t changed with the new law is that the current depreciable recovery period remains 27.5 years for residential rental property and 39 years for commercial property.

The Tax Cut and Job Acts has certainly made this tax season different than others before it. While there are many new changes with the law, we are determined to stay on top of them and help keep you informed. If you have any questions, just know our dedicated team is here to talk to you.

Chad Wouters, CPA joined Earney & Company in December 2006 and became the tax partner in November 2013. With an emphasis on strategy and planning, Chad works with his clients all year to ensure the most efficient tax strategies are put into place.  Earney & Company, L.L.P.  is a CPA firm that handles tax compliance, consulting and planning as well as audit and other assurance services.  For more information please visit www.earneynet.com or call (910) 256-9995.  Chad can also be reached at [email protected].

Other Posts from Chad Wouters

Changes in Cash vs. Accrual Accounting: What’s Best for your Business?

Making the Most of In-Kind Donations

With Reform Comes New Deductions for Owners of Pass Throughs

Don't Miss Out on this Year-End Tax Strategy

Is A Cash Balance Plan Right For You?

Reimbursing Your Employees For Business Expenses

What You Need To Know About Charity Auctions

The New Revenue Recognition Standard – Are You Prepared?

Health Reimbursement Accounts: Back From The Dead