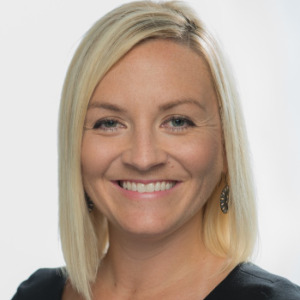 Recruiting – How to Avoid Doing Something Illegal

When Leath HR Group trains employers on how to conduct a great, legal interview, we often hear remarks like “thanks for keeping us out of jail!” Although you probably won’t go to jail for asking the wrong question or saying something offensive in an interview, your company could be subject to some hefty fines and bad PR. According to a recent Bloomberg Law article, the EEOC has sued and collected $21M+ in 2019 settlements which surpasses 2018 at mid-year by +$7M. Those numbers don’t even account for what gets settled out of court! In addition, it’s fair to say that your company will not attract the best talent if you’re ignorant or careless, so let’s talk about how to recruit effectively with the law in mind.

To start, employers should be aware (and train their hiring teams) that candidates are protected from employment discrimination by several federal laws:

This means that interviewers should explicitly understand that company language on a job posting as well as questions on an application or in their interview conversations are important. As you read this article, consider how you’re preparing interviewers on what to ask/ what not to ask. If there is no process, consider putting one in place so interviewers don’t “wing it” and treat a candidate in a way that subjects the company to liability.

Take for example, a recent settlement that the EEOC won against a company, Glenridge. They didn’t hire a woman because they perceived her to be interested in having another child. According to the EEOC press release, a manager “texted an applicant to ask when she planned on having another baby, explaining, ‘With this position it doesn't leave a lot of time off for long periods of time.’ Glenridge failed to interview the applicant and offered the position to an older female that it did not believe would become pregnant.” Had that manager received training on do’s and don’ts of interviewing, they may not have made that $70,000 mistake.

Let’s assume that you make it through the interview unscathed by your own performance, but the candidate volunteered information that you wish you never heard. Let’s say a candidate tells you they require special equipment for their desk because of a back issue or another candidate discloses they are 50 years old and are having a hard time finding a job, “because, well you know.” Don’t pursue it and don’t take any notes on the comments then focus on job-related questions and conversation for remainder of the interview. Discuss qualifications and skills in any subsequent debrief on candidates.

That brings us to documentation regarding the recruitment process. The most important thing here is that only job-related notes from interviews and debriefs be kept and that these notes are retained in some consistent form or fashion. If a candidate walks with a cane, don’t label his resume “cane guy.” If you notice a candidate may be pregnant, don’t write “when is she due?” on her resume. If you ever face a federal, state or local agency on charges related to discrimination during a hiring process, you will know where to pull out relevant documentation to defend your case and they should be defensible, not incriminating.

Finally, everyone makes mistakes, so ensure your company has a mitigation strategy in place. Get to know a great HR consulting firm (we know one!), a solid employment attorney and buy Employment Practices Liability Insurance (EPLI) coverage.

Schedule your hiring and selection training with Leath HR Group today and avoid doing something illegal during your recruiting process!

Lisa Leath, SHRM-SCP is the President of Leath HR Group. She is a strategic HR leader with clients across industries, from start-ups to $100M+ in annual revenue. Before starting the business in 2017, she was VP, Human Resources at an international pharmaceutical organization with 7 global locations. Prior to that, she spent 8 years with a Fortune 300 manufacturing company at multiple plants in Employee Relations and HR leadership roles. Her first job out of Penn State was in NYC, where she worked in HR at a large intellectual property law firm. No matter the business or industry, the approach to her career has remained consistent – stay on the cutting edge of benchmarked best practices, then tailor “next practice” HR solutions to specific industries and situations. She has a reputation for building great processes and strategic direction for demanding clients. Lisa is a Senior Certified Professional through the Society of Human Resource Management.

Other Posts from Lisa Leath

How to Avoid A Nightmare Holiday Party

How to Fire Someone Effectively

Managing Energy as a Business Priority

Effort is Attractive: Get the Talent 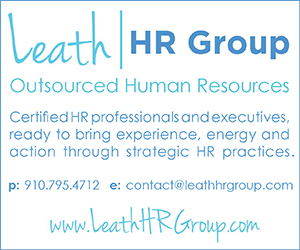