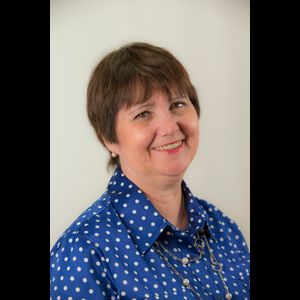 They are back – those criminals posing as tech support calling older Americans to fix bogus computer or devise problems and costing us hundreds or thousands of dollars for unneeded technical support.

An anti-fraud case filed in October by the U.S. Department of Justice (DOJ) charges a California man as a key player in an international ring that includes call centers in India. A judge has issued a temporary restraining order to forbid 59-year-old Michael B. Cotter, of Glendale, California, and the other defendants from committing wire fraud, impersonating tech companies and taking money for purported tech support. India authorities have also taken similar action.

This is just one bad actor in a cast of many characters that are trying to steal your money or identity through tech support swindles. Pop-up messages carefully disguised to look like ads from well-known tech companies, including Apple and Microsoft, lure consumers into paying for unneeded tech support.

To make matters worse, in many cases, toll-free phone numbers are also provided to customers where a live agent pretends to remedy the bogus problem; and oftentimes ask people to grant them permission to access their computers remotely to “diagnose” fake issues. According to the Department of Justice, pop-up ads purporting computer virus warnings is a common way that scammers work to steal your money or other sensitive information.

Here's fraud prevention advice that Ariana Fajardo Orshan, the U.S. attorney in Miami, where the case is being heard, provided to AARP:

• Do not click on pop-up messages on a computer device that claims the device is infected by a virus and at risk of irreversible damage.

• Likewise, do not click on links in messages purporting a computer problem.

• Instead, delete such pop-ups and contact your software provider or local computer consultant.

Another way people are victimized according to the AARP Fraud Watch Network, is that criminals pay for carefully worded ads engineered to be at the top of online word searches. Search engine companies root out fake numbers as fast as they can. However, according to law enforcement experts — and a growing number of people who have called AARP — they remain visible long enough to hook lots of victims.

"Scammers will buy and place fake ads that often elude the filters for the online search engines,” says Colorado Attorney General Phil Weiser (D). “When people are searching for customer service numbers, they are in a hurry and quickly scan for the first phone number they see.” Voice-search devices such as Apple's Siri and Amazon's Alexa can give you the fake numbers of scammers, too, Weiser says.

The AARP Fraud Watch Network is a good way to help you identify, prevent and report these types of fraud and scams. In addition to the helpful links below, by signing up for free AARP Watchdog Alerts, you can stay one-step ahead of the criminals by knowing the common ways they are working to steal from you.

Visit the website to join the free network today: www.aarp.org/fraud

More on Scams and Frauds


Suzanne LaFollette-Black has been a gerontologist for the past 35+ years. She is the AARP NC Associate State Director of Advocacy and Community Outreach. Suzanne’s career has been in the aging network as a non-profit nursing home administrator, Area Agency on Aging Director, Executive Director of Moore County Department of Aging. Suzanne is originally from Window Rock, Arizona (Navajo Indian reservation). Suzanne has a BS in Sociology and minor in Zoology/ Music from NAU and graduate studies at USC Ethel Andrus Percy Gerontology program and MASA from University of North Texas, Denton, Texas. She served as the NCAOA (NC Association on Aging, Inc.) President from 2018-2020; Rotary; NCIOM Deaf and Hearing committee; Governor’s Highway Safety Executive Committee; and other community organizations.

Other Posts from Suzanne Black

Watch Out For These Scams

Some Good Advice To Help Keep Your Summer Scam Free

Mental Health Resources For Veterans And The Military

Be Aware Of New Summer Scams

Gift Cards: A Red Flag Of A Scam

Help Us Thank Those Who Inspire

Resolve To Live Your Life Scam-Free In 2021

The Psychology Of Scams

Watch Out For Fraudsters Posing As COVID-19 Contact Tracers

Beware Of Work From Home Scams